Collectively across our country, as society shuts down, physicians, along with our brave co-workers in the hospital, will be going to work to combat the largest pandemic we have seen in our lifetimes. While such a crisis frightens us all, it has also served as a soul-renewing time for medicine. Over the next several months, our tribe worldwide will be risking their health and lives to serve and treat patients through medicine’s unique dichotomy of science and humanity.

Physicians have taken a public relations beating over the past several years. We’ve been called rent-seeking, overpaid, responsible for surprise bills, and even part of a “health care industrial complex.” While some of the insults might have been deserved, when our nation faces the biggest crisis it has seen in my lifetime, I would like to remind everyone that physicians are here to serve.

In particular, emergency departments have been gearing up for this unprecedented onslaught for the past month, far ahead of our state and national governments. Though the ER has been treated as the red-headed stepchild of medicine, it hasn’t put a damper to the ER motto of 24/7/365. The ER is unique; we’re trained to see and expect the unexpected. We are staffed with resilient and brilliant individuals from all walks of life. Our specialty grew out of necessity, and in just 50 years, the ER has grown from a hodge-podge of moonlighting specialists to a specialized field of medicine where we train three-plus years to be ready to treat and stabilize any patient, whether it be a COVID-19 patient, heart attack, gunshot wound, or ankle sprain. The ER has transformed from the backdoor to the front door of the hospital. It will also serve as the frontline theater for the war against SARS-CoV2.

A recent article introduced America to the name “BAFERD,” an acronym for Bad Ass Fucking Emergency Doctor. The name has been worn as a badge of honor by many emergency physicians. It originated as a play on words off of JAFERD (Just Another Fucking Emergency Doctor), which itself was taken off of a Facebook forum anecdote of an emergency physician who was called it as an insult by an irate patient. Given it takes thick skin to work in the ER, EM doctors have run with it as a badge of honor.

Over the past decade, the corporatization of medicine has taken away its soul. We’ve been turned into commodities by six-sigma black-belts who have never worked clinically; “Just Another (insert specialty) Doctor” to insurers, staffing, hospital conglomerates, and politicians. We’ve stood by as MBAs and consultants have tried to turn the ED from a stabilization and treatment ward to a hotel, focusing on customer service rather than evidence-best practices such as narcotic prescribing or antibiotic-stewardship. We’ve been told to apologize for waits and inconveniences, despite providing life-saving treatment on a regular basis. The majority of us have walked out of a room of a coding patient and reflexively apologized to patients with minor complaints about their wait times. This moral injury weighs on my colleagues and me; currently, less than 30 percent of doctors would recommend medicine as a profession, and emergency medicine has among the highest burn-out rates of doctors. Physicians and patients have been commoditized in American medicine, as faceless corporations have replaced humanity with algorithms and throughput processes.

Yet sometimes it takes a crisis to renew and rebuild a broken system, as American health care currently is. This week, countless patients, neighbors, and patients thanked me for doing what we do. Simple expressions of gratitude have motivated and inspired my fellow physicians in a way that I have never seen. I’ve seen an unprecedented sharing of information, anecdotes, studies, solidarity, and cooperation among specialists, scientists, and officials. The BAFERD article was mocked in many media publications for crowdsourcing a Facebook physician group’s ideas to the president.

However, if the national media and government had been more attuned to physician input, in particular, emergency and ICU physicians in Italy and China, we would have been more inclined to treat the COVID-19 pandemic with the seriousness and planning it deserves, and not scrambling to find tests and running out of personal protective equipment. In fact, many of the “suggestions” from the forum (which have been posted for weeks), including the development of more testing kits, declaring a federal emergency, producing more PPE and ventilators, were just instituted by our federal government on March 13.

Throughout the next several months, while Americans hunker down in their households to mitigate the spread of SARS-CoV2, my colleagues worldwide will be there waiting to treat anything that walks through the emergency department door — whether it be COVID-19, a stroke or a cold. Rest assured BAFERD-Nation will be here for you, 24/7/365.

The day after this essay was submitted, the author was placed on quarantine and is currently being tested for SARS-COv2. 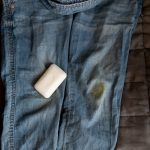 5 steps to improve your diastolic dysfunction of life 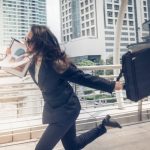 As society shuts down, hospital workers continue to fight the pandemic
1 comments