I write to you now to congratulate you. You are at the cusp of a moment that historians will note catapulted you into one of the great chapters of the American story. Your name will forever be listed among the great men of the ages. The businessman turned TV star turned chief of the greatest battle against the most feared pandemic of the age. The man who was not afraid to rise to his moment.

They will see the day in March of 2020 when you realized mistakes had been made thus far, but put aside those false-starts to rally a fearful and divided nation. Your shuttering of schools will be hailed as a tough but critical measure, stopping children with minor symptoms from spreading the infection like wildfire to the millions of Americans at risk for serious illness. Your distribution of disaster assistance to partially employed and furloughed well people to make sure school children at home have food and other assistance will be considered masterful.

Your mobilization of military and federal forces to rapidly build structures on and adjacent to hospitals will triple effective bed capacity in weeks to months, saving thousands of lives. Those soldiers will then provide the extra hands and security to allow clinicians to multiply their effective presence several times over, saving countless people and bringing order to an early chaos. Your rapid analysis of the oxygen and ventilator supply chains will be a brilliant insight into what few knew would be a bottleneck of care. It will allow stateside and local manufacturers of other equipment to rapidly turn out production and delivery of simple and innovative ventilators, breathing machines, and oxygen concentrators. Historians and critics alike will call this your Apollo 13 moment; bold, imaginative, and just in time. Lessons learned during these innovations will reduce the cost and size of these devices for a generation to come, and serve as a safeguard against future more dangerous pandemics.

You’ll pivot almost overnight to address the lack of testing capacity and the flawed testing strategies that hampered early response to the pandemic. You will realize that clinicians and hospitals are better off if they know a critically ill patient has COVID-19. But you will also recognize that a haphazard patchwork of testing well people unduly ties up needed resources and provides little benefit to individuals or the community. Instead, you will institute daily surveillance testing across the country (for example, testing 100 healthcare providers, 100 well people with flu-like symptoms, and 100 people with no symptoms) to understand the size and scope of the outbreak and guide policy with accurate data to make rational and effective decisions.

Your about-face from focusing on ineffective tools to buoy the economy to rational pandemic interventions will initially rattle some, but economists will universally rave at your prescience; what could reassure the markets more than the most powerful man in the world taking the bull head-on? After addressing the clear and present danger and minimizing the harm from it, the economy will rally, and the people will know who to credit.

Firefighters, police, and EMS will appreciate it when you recognize their vital and yet risky link with hospital emergency departments. Your rapid development of expert recommendations on the provision of care during disaster status, and federal human resource assistance to back it up, will allow fires to be put out and police to respond for the most serious of events despite an untenable volume of work.

Future leaders will marvel that you used your iron will and business acumen to shatter bureaucrat inertia in yes-men and yes-women who gum the works in every institution. Your empowering of federal and local operational experts and your phone-calls directly to the clinical leaders in major institutions across the country will empower the people on the frontline to cut through red tape and poor institutional insight, to mobilize for their battle.

You will work with — and against when necessary — regulators, unions, and other agencies, because you recognize that in war, these peace-time institutions may not serve the beneficence of the people. Thanks to your example, these institutions will evolve their own mandates to ensure they retain the ability to respond appropriately in future extraordinary events.

Mr. President, well done. As a physician, father, and citizen in the greatest country on earth, I thank you deeply in advance for rising to your moment.

What is human-centered health care and why is it important? 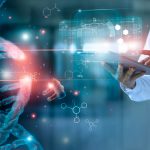 The COVID-19 breakthroughs are coming

A letter to President Trump from an emergency physician
2 comments