It all began on Valentine’s Day when I arrived at my office and listened to my messages from the afternoon before. There was only one from a nurse at the state mental hospital. She had just seen, she said, a Mr. Lonnie M. and was calling to alert me (there is a law to this effect) that Lonnie had expressed very hostile feelings toward me, quite specific in nature.

He planned to kill me, she said — to cut my throat, and then kill himself.

He would do this, she went on, as I left my place of employment or my home. This after his hospital release, of course, which I expected would happen any day now.

I work as a case manager with a mental health facility. Our agency works with severely and permanently mentally ill adults. There are a lot of them, too.

I regularly go to some pretty terrible places in this urban setting. They are slums of one sort or another, some of them housing projects, high rise buildings with rickety elevators that lurch and clang and make you wonder what the hell you’re doing there as the equipment carries you to the 16th floor of some tall building, there to look in on some poor soul living in squalor. Often he or she doesn’t know if he (or she) is on foot or horseback. It is sometimes very sad.

Lonnie is about 45 years old, kind of stocky in build but not fat, and with a very round face. Because of the severity of his mental illness, I am involved in a big way in his life. The same is true with many of the people I work with.

The most controversial thing I do is manage his money. Same is true for a lot of others I serve. My agency is his payee. This means the Social Security benefits he receives each month (SSI) go directly to our offices, to his account, and we prepare (with him) a monthly budget. His total income is less than $650. From that amount, we have to pay his rent and utilities. What is left goes for food and spending money. Often there is not a lot remaining. And just about everybody smokes, no small expense there.

People get very angry with me when their money is gone, and there are two weeks or more before another check arrives. Managing these funds successfully is a chore of the first magnitude.

Lonnie has schizophrenia and problems with alcohol and drugs, too.

He comes from a large family with lots of brothers and sisters. His mother is now deceased, but when she was still alive, there was a court order prohibiting him from going near her because of past threats.

I was told by the nurse, the caller, that Lonnie thought I was messing with his money. He even called in another agency, Adult Protective Services, to have them investigate my activities. And investigate they did.

The trouble between Lonnie and me happened because of his repeated extended stays at the state mental hospital.

The policy of Social Security is when a patient is receiving SSI (which he receives), it is stopped when a recipient is hospitalized or in jail for longer than 30 days. Lonnie’s benefits were stopped. It was not something I did. He believed that he was entitled to the money.

It was that uncomplicated, but not to Lonnie. And he was also told he must reapply for his benefits once he got out of the hospital. He believed I was responsible for all of his trouble, and to boot, I was cheating him out of more than 600 dollars.

I was told by a doctor that this matter for Lonnie had become a “fixed delusion.” I was now the number one bad guy in his life, and a fellow worth killing because of his loss of six hundred dollars.

Fixed delusions often disappear when the patient gets well, so I was told. But they can return with a vengeance on the onset of illness. I think I knew this already — a no-win situation for me. I could see that.

A part of me is disappointed — saddened really — when someone like Lonnie becomes so angry with me (and it happens once in a while). I appreciate that it is his illness speaking.

I get that part.

And it is without logic — I get that too — but I have to deal with the threat. Do I not? Not something I can ignore. And there is not much help out there for my kind of problem. You can be sure of that. Nobody to call unless something awful happens.

I feel a bit like the character, Yossarian, in the war novel Catch-22. He has to fend off repeatedly a determined woman with a knife seeking to kill him. Be alert and step lively becomes Yossarian’s strategy. But Yossarian is a character in a novel. I am not. 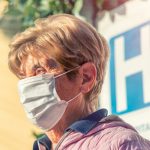 A peek behind that 8-minute $300 doctor visit 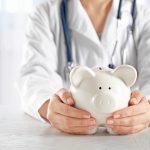