An excerpt from Death Is But a Dream: Finding Hope and Meaning at Life’s End. Published on February 11, 2020 by Avery, and imprint of Penguin Publishing Group, a division of Penguin Random House, LLC. Copyright © 2020 by William Hudson, LLC

Dying in the hospital is an expensive proposition that ironically leads to neither longer nor better life. We know we have a problem on our hands when the majority of Americans claim not to want to die in an institution yet most of them do. Half of all dying patients visit an emergency room within the last month of life, even though any such medical intervention has been proven to make no difference to the course or outcome of their disease. They could have had the same level of medical care and much more comfort at home.

In my time as an intern and then as a resident, I had become increasingly discouraged by a hospital medicine that processed people like they were paper. I was certainly exposed to devoted doctors, but I was also working with many who had lost interest in patients as people; they merely completed tasks and filed forms and dictated notes. A widening bureaucratic gap was separating doctors from the bedside, so much so that many of my colleagues had stopped finding personal meaning in their work. Every hour of interaction with patients meant two hours of meetings and documentation. They were swallowed up by the economics of medicine. I never objected to the demands of being a doctor, but witnessing destroyed vocations was getting to me.

I had come to realize how right a fellow physician’s assessment was when he warned, “Today, healing is replaced with treating, caring is supplanted by managing, and the art of listening is taken over by technological procedures.” Dr. Bernard Lown, professor emeritus of cardiology at Harvard, wrote this more than two decades ago, and the trend toward an impersonal and technological medicine has only gotten more pronounced. Too often healing continues to be sacrificed in the name of treatment. And when treatment is no longer an option, doctors often forsake healing altogether.

I knew then that to survive and excel in medicine, I would need to experience it at a more immediate and genuine level. So, barely informed, I contacted Hospice Buffalo and inquired about an interview for a weekend job.

I was aware of the irony that getting this job would mean caring for the very patients I had “signed off” on at my other job. I wasn’t exactly sure what a doctor’s role at a hospice center was, so I went to the interview with some of the implicit bias against the job inculcated in me by my medical training, and thinking, “What kind of doctor works in hospice?”

At the end of what turned into a two-hour conversation, I asked my interviewer, Dr. Robert Milch, one of the founders of Hospice Buffalo, what qualities were necessary to be a good palliative care doctor, and he answered, “Righteous indignation.” I had walked in ignorant and somewhat ambivalent. I left enlightened and powerfully motivated. And I never looked back.

When I told the cardiology department that I was leaving to pursue a career at Hospice Buffalo, I received puzzled encouragement from some and downright ridicule from others. One doctor said that hospice was something you did when you retired. Another doctor suggested I go see a psychiatrist. Most saw my career move as a waste of a professional life. It was true that those involved in Hospice Buffalo were primarily volunteers and retirees, but they were also ordinary men and women who, at bedside, became extraordinary. I watched more than one gruff and sullen senior colleague transform into the most tender and attentive caretaker when tending to dying patients. I was joining this organization at a time when I was disillusioned with the bureaucratic and impersonal nature of the medical profession, and these men and women were instrumental in helping me reconnect with a more humanist medicine. This was the kind of medicine my father had practiced.

One of my earliest and most vivid childhood recollections is of sitting impatiently in the waiting area of an emergency room, eager for my father to finish his shift so we could go to a hockey game. Sitting around the corner from the exam room, I heard part of his interaction with a sick patient. The way he was talking made me think this person must be somebody really important. I had not seen the patient enter and thought nothing of it until an elderly man left, thanking my dad for his time. The man’s scraggly gray beard was held together by layers of grime, and he looked bewildered by the kindness he was receiving. As a homeless man, he never knew what would be coming around the corner, but in this crowded emergency room, his vulnerability was both shared and relative.

Illness is society’s great equalizer, and on that day, I was seeing medicine for what it is: Life struggling to care for itself. I was too young to comprehend the significance of this moment, yet its impact on me was undeniable. My father’s gesture of caring may have been simple, but it was something in which I could believe. It helped me to understood why, for my dad, it was a genuine privilege to be a doctor. What I had witnessed was more captivating than the hockey game I was missing that night.

This was also the same type of medicine that defined the hospice care I was so eager to join.

Christopher Kerr is an internal medicine physician and CEO and chief medical officer, Hospice Buffalo. He is the author of Death Is But a Dream: Finding Hope and Meaning at Life’s End. 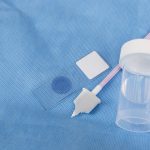 How minor fixes can help with resident burnout 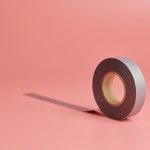