When my peanut-allergic son was five, he suddenly blurted out, “Mom, don’t worry about me, if I eat a peanut by mistake and it kills me, I can just hit the redo button and get another life, like in the video game.” I became really scared that his child-like innocence prevented him from understanding the potential adverse ramifications of his own food allergy. The sad truth is that there are no do-overs or magic reset buttons if you get it wrong with any food allergy — only tragic endings.

In the past month, there have been two reported food allergy tragedies: 12-year old Wyatt Polachek and 20-year-old Logan Lewis. There seems to be a chilling similarity amongst the two — neither had life-saving epinephrine auto-injectors on them when the reaction started.

What both the general population and even some food-allergic families don’t quite understand is that just because your prior reactions to a food were considered mild does not accurately predict that you will or will not have a fatal or near-fatal reaction in the future. That’s why the most important prescription you leave from an allergy diagnosis is for an auto-injector (i.e., the EpiPen or AUVI-Q), concurrent with the admonition to always carry it on your person.

In general, adolescence is a time fraught with experimentation and risk. As a society, we recognize this and put certain safeguards in place. Teenagers are, in many ways, living in their own microcosm of the adult world.

In many states, you may receive a license as a teenager, but there are certain age-related limits, such as how many people can be in the car and even a curfew on when you can be out on the road. There are limits placed on alcohol by having a legal drinking age in place to attempt to curb drinking and driving.

Too often, teenagers think they are invincible, and it is no surprise to find out that medical studies have long shown that teens are at the highest risk for having life-threatening food allergic reactions.

As food-allergic parents, we are fearful every day when we send our children out into the world, that they might not come home.

There is such vitriolic commentary on social media hurled at food-allergic parents who advocate for their children. People are simply outraged at being asked not to send in that peanut butter and jelly sandwich in kindergarten.

Let us remember that children, especially when they are young, often cannot protect themselves. Just like my then five-year-old believed on that day that he was invincible, any young child may not truly understand the potential danger.

As we have defibrillators on the wall in many public entities, wouldn’t it behoove us to have life-saving epinephrine auto-injectors in public places like schools and airplanes? Tragic stories like the two deaths bring faces to research that asserts delayed administration of epinephrine can lead to fatal consequences. Time is of the essence, which is why there is a renewed movement to replace the unlabeled epinephrine ampules currently on planes with easy-to-use auto-injectors.

Many states have passed epinephrine stocking laws for schools, allowing staff to administer epinephrine auto-injectors to any person who warrants treatment, not just those with a prescription. Steps like these may mean the difference between life and death for a food allergic person, as well as a person who does not yet know they have developed an allergy.

I would be remiss not to point out that data shows that approximately 30 percent of stock epinephrine in schools was administered to children whose allergy was unknown at the time.

Thirty-Two million Americans have food allergies, and since so many more people are unaware that they have an allergy until that first bite, let’s try to take steps to make sure that the first bite is not a deadly one.

Let's stop trying to change what doctors do 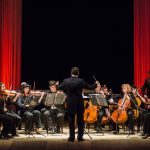 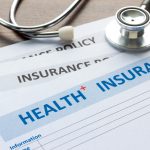