If physicians are “muggers” and co-conspirators in “taking money away from the rest of us,” then journalists and economists are pontificating parasites who produce no goods or services of any real value.

I don’t think either is true, but the recent attacks on physicians by economists Anne Case and Angus Deaton, and “media professional” Cynthia Weber Cascio, deserve to be called out. You could make a case for consigning them permanently, along with the anti-vaccination zealots, to a healthcare-free planet supplied with essential oils, mustard poultices, and leeches.

My real quarrel with them — and with the Washington Post, which published their comments — is that they have the courage of the non-combatants: the people who criticize but have no idea what it’s like to do a physician’s work. More about that in a moment.

Ms. Cascio was enraged by the bill from her general surgeon, who wasn’t in her insurance network at the time she needed an emergency appendectomy. She doesn’t care — and why would she? — that insurance companies increasingly won’t negotiate fair contracts, and it isn’t the surgeon’s fault that Maryland hasn’t passed a rational out-of-network payment law like New York’s, which should be the model for national legislation. She doesn’t care that Maryland’s malpractice insurance rates are high compared with other states, averaging more than $50,000 per year for general surgeons. She just wants to portray her surgeon as a villain.

The two economists are indignant that American physicians make more money than our European colleagues, though they don’t share our student loan debt burden or our huge administrative overhead for dealing with insurance companies. They resent that some American physicians are in the enviable “1%” of income earners. But do they have any real idea what physicians do every day?

I wonder sometimes what it would be like to go to work in the morning and NOT have to worry that I might kill someone. If journalists or economists get their facts or predictions wrong, it might be annoying, but it won’t be fatal.

If anesthesiologists have trouble getting enough oxygen into a patient’s airway for very long, permanent brain damage or death result. Every time we put in an epidural, for a woman in labor or a patient who needs one for post-surgical pain control, we know the epidural needle is mere millimeters from the spinal cord. Our ever-present fear is that we might injure our patients.

That’s a stress level most people wouldn’t even want to think about.

My stress level, though, is arguably less than the surgeon’s — especially when their day involves using a saw to cut directly through the breastbone, taking care not to saw through the heart in the process, or dissecting out a brain tumor millimeter by millimeter, where the smallest error could leave the patient unable to think or speak.

Even routine operations can turn quickly to disaster. Gynecologists perform laparoscopic procedures every day — but could puncture a hole in the aorta with their instruments. The gynecologist and the anesthesiologist are well aware of that, but we try not to dwell on it, or we wouldn’t have the nerve to come to work.

Ms. Cascio, in her Washington Post column, sounded irked that her operation only took 35 minutes, as if that somehow justified less payment. In fact, that’s a sign of an efficient and experienced surgeon, who didn’t puncture her intestines or her liver in the process, and kept her from being under anesthesia longer than necessary.

The primary care physicians aren’t exempt from fear and stress either. Think about it. A patient comes in with a persistent cough, and the internist or the family practice physician ponders whether this could be lung cancer, and how much grief the insurance company is going to cause if they try to get authorization for a CT scan. The pediatrician sees a child with a fever, and always has to worry if this is a self-limited viral illness — or the beginning of meningitis that could lead to death within a day.

I wish the economists, the journalists, the pundits, and the lawmakers could watch a busy OR getting started for the day. The ritual of putting on hats, masks, gowns, and gloves always reminds me of girding for battle. Everyone knows all that can go wrong, and we’ll do all we can to make sure that none of it happens that day, on our watch.

Even more gallant are the young interns and residents who are starting out in their careers. They’re often moving from one moment of anxiety (or terror) to another, before they start to gain some confidence and hit their stride. Our role as faculty is often to reassure and cheer on as much as to teach, and to let them know that we have their backs.

The tragedy that’s happening in medicine today is that the loss of respect and the constant threats to fair payment are making physicians regret that they ever chose medicine. They were fascinated with science and wanted to help people, and their reward is insult.

It’s no wonder that some newly trained physicians leave anesthesiology quickly; there’s little risk to running a hangover clinic in Las Vegas. Many physicians from all specialties get MBAs because they see that the real rewards in healthcare lie in becoming a CEO. Look at the salaries of top executives: the CEO of Anthem made more than $14 million in 2018, as an example, while insurance companies did everything they could to avoid or delay signing fair contracts and paying clinical physicians for patient care.

There is a growing shortage of physicians, not just in primary care but in specialties too. The American Association of Medical Colleges (AAMC) estimates that the US will be desperately seeking surgeons in the next 10 to 12 years, and looking for more anesthesiologists to work with them. As older physicians retire, and younger ones aren’t willing to work the long hours that used to be routine, this will only get worse, while increasing numbers of older Americans will need more complex medical care.

Maybe your barber will learn to operate on you, just like the barber surgeons of old, and your local gun store will sell you a bullet to bite on. Best of luck.

Watching is incredibly important. I know this as a physician. 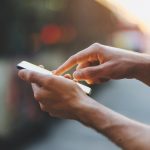 Stop the war on PAs and NPs 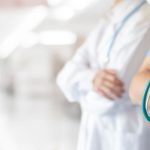