Antibiotics are ubiquitous in today’s society. Prescriptions for these bacterial killers have become so prevalent that a wonder drug cure phenomenon for any illness has become the cultural norm. The evidence is overwhelming that antibiotics are far too overprescribed for viral illnesses. They are 100 percent ineffective against viruses. And the number of inappropriate antibiotics prescribed has been increasing for decades, as high as 30 percent in one study.

For years, we have heard that antibiotics are harmful because they have increased drug-resistant strains of bacteria. The antibiotic resistance epidemic is unarguably a crisis and deserves serious attention. If we continue at this rate, antibiotics may be ineffective for common bacterial infections, sending us 100 years into the past when basic infections could be deadly. But it is the minority of patients that have infections so severe that antibiotics are truly necessary.

What we don’t talk about is how antibiotics given unnecessarily, mostly in cases of viral illness, can paradoxically decrease immunity and make it harder to fight off infection. A recent study showed that asthmatics requiring admission had a longer hospital stay with increased costs and similar outcomes when antibiotics were administered. Patients who think they need an antibiotic to help them recover from sinusitis or bronchitis may be worsening their time to recovery and increasing their susceptibility to other illnesses.

This is altruism to the core. But most patients have a difficult time relating to altruism — doing something that might help the many. And while I believe strongly in altruistic goals – what about me? How is this actually going to help me?

Engaging or refraining from a practice hits much harder when you can show the effect on the individual. If we want to begin changing practice and reducing unnecessary antibiotics, we have to start engaging our patients about their own health rather than the health of the world.

When you’re sick, you simply want to get better. Understanding that antibiotics are not the answer, not only because they don’t kill the infection, and not because they cause antibiotic resistance, but because they can indeed worsen the illness that someone is fighting at that moment, might be the answer to help change the cultural mindset around antibiotics.

As physicians, we need to help our patients understand the antibiotic crisis and why it’s so important to their own health. I am an emergency physician working in emergency departments and urgent cares. I contract upper respiratory infections at least 3 to 4 times each year. Before medical school, I too was a patient that felt I needed antibiotics any time a sinus infection developed. Unfortunately, my doctor would easily prescribe antibiotics with a simple call.

But I have learned that the body is a well-oiled machine that can handle common viral infections when we take care of ourselves. My last antibiotic was 17 years ago, my kids have never taken antibiotics, and I hope to continue that streak into the future.

Antibiotics are necessary for certain bacterial illnesses, and given my profession, I prescribe these medications frequently. I am thankful that antibiotics exist to heal patients that need them. But being a steward means knowing when to prescribe and educating patients in a way that helps them understand why antibiotic stewardship is so important.

The next time you have a conversation with a patient about unnecessary antibiotic use, remember to make it personal. It has worked well for me and my patients and can make the difference for your patients as well.

Greg Gafni-Pappas is an emergency physician who blogs at Doc on a Mission. 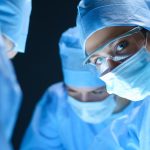 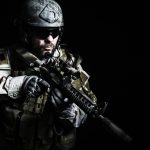