When I first saw Jea-Hyoun, in a medical meet-cute straight out of a romantic comedy, she was being evaluated for thyroid cancer. I was an allergy/immunology fellow harried by a pile of paperwork. She was a patient, in the same building where she saw patients of her own as a psychiatry and family practice resident, preparing to see the specialist. We made awkward small talk in the hallway before she was ushered into the exam room. Fortunately, the thyroid ultrasound was negative. Also fortunately, she returned my Facebook message. We’ve been married for three years.

Medicine has since suffused into our daily lives. We quiz each other on the identity of strange rashes over breakfast. While we care for our daughter, we muse about the ways our respective specialties intersect, like the psychological impact of food allergies. Preparing dinner, we’ll chat about how our days went. While I listen to her, I feel proud of her work, yet also envious of her serene sense of fulfillment. She’s just happier with her job. Partly it’s a function of our personalities, and our reasons for becoming doctors in the first place. But it’s also a result of the respective environments where we practice.

Jea-Hyoun works as a psychiatrist for the homeless. Once a week, her office is a van parked next to a strip mall. Many of her patients have endured unspeakable trauma. Medication compliance is spotty, and there are multiple layers of bureaucracy. Yet in her system, she never worries about billing, or whether her patients will take their business elsewhere.

I, on the other hand, work for a large multispecialty organization. My well-off patients have great insurance that covers incredibly expensive medications and procedures. In this environment, making people better is important, but so is generating that dystopian measure of reimbursement called relative value units (RVUs). The business of health care is deeply entwined with the health care itself.

Our job choices reflect our personalities. I am realistic, though Jea-Hyoun would say I’m cynical. She, in contrast, is unfailingly optimistic, the kind of person who dances in a rainstorm. I fixate on the square footage of the house; she contemplates the love of the people inside. Perhaps not surprisingly, we entered medicine for very different reasons.

Since elementary school, I aspired to become a physician. I had a nebulous goal of helping people. Throughout my young adulthood, I was dead set on a goal that was not achieved until my early 30s, when I completed fellowship. The entire time, I rarely stepped back to consider the larger picture of why I pursued medicine with such fervor. And on the occasions that I did, the glittering promise of stability was enough to keep me going.

Jea-Hyoun had a more peripatetic path after college. She educated seniors in LA’s Koreatown and volunteered at an orphanage in Mozambique. In medical school, she made several trips to Haiti. Distraught by the inequality she witnessed, and driven by a sense of social justice, her goal was helping the underserved. She dreamt of opening a clinic in Port-au-Prince.

We ultimately settled in the heart of Silicon Valley to be closer to our parents. Jea-Hyoun started working for the county, while I took a job in private practice. At work, her primary metric is improved mental well-being; mine is how much I bill. We both treat patients, but I’m the only one who sees them with dollar signs above their heads. Because of all this, she has an internal sense of purpose that I lack.

The solution is simple: I could quit my own job, and if they’ll have me, I can join her. Doing so could resolve this existential crisis. But I have never given it serious consideration. At the end of the day, I’m not willing to make the financial sacrifices necessary to do so. To my chagrin, the practical wins out over the aspirational.

At the same time, my wife has had to adjust as well. Instead of living out her Paul Farmer fantasies, she got a cantankerous husband, a child, and a house in suburbia. Yet she’s only occasionally been wistful about an alternate life. The truth is that marriage sometimes involves sacrificing long-held desires. At present, raising our family, serving the homeless in our community: This is enough. In fact, to her, it’s more than enough.

For now, finding the proper balance between money and meaning, for me at least, remains a work in progress. Jea-Hyoun has taught me, though, that the two don’t have to be mutually exclusive. For instance, amid the bumblebee busyness of a clinic day, I can still stop for a moment to savor the small but consequential victories: three months without an asthma exacerbation, or outgrowing an egg allergy.

Part of the marriage pact is the idea that we both deserve to derive meaning from our work. Harboring jealousy towards her is obviously harmful to our relationship. Instead, I’m fortunate to have married a person whose career is also her passion. Indeed, her idealism was one of the reasons why I fell in love with her in the first place.

Occasionally I’ll tell Jea-Hyoun about the latest retirements in our medical group’s weekly news bulletin. Often I have no idea who the retiring physicians are, but I do know that these brief notes don’t encapsulate all the lives that they’ve touched. We’ll project my own career three decades out, when my own retirement notice will be listed. Some upstart doctor just beginning his career will read it, give it two seconds of thought, and move on with his day. Our conclusion is that aside from a handful of people, no one else will care. The money, the stress, the prestige, all of that will melt away at the end, and the only thing I’ll be left with is an internal sense of whether it was all worth it.

I want, need for it to be worth it. For my wife, for myself, for both of us, together. 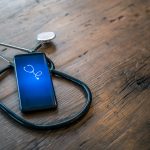 Only Biden, Bloomberg, and Buttigieg have health plans that have a realistic chance of becoming law 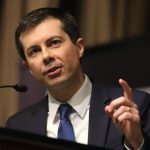 Finding meaning in the intersection between marriage and medicine
1 comments