Imagine if every “device” (smartphone, tablet, laptop, etc.) had the following warning label:

This device is not intended for any individuals under the age of 16. Purchasers of this device frequently cite their child’s “safety” as a reason for their purchase. Prospective purchasers, upon reading this warning, may feel otherwise.

Use of this device in early childhood has been associated with delayed language acquisition.

This device has been linked to emotional dysregulation in young infants (that means babies can’t learn to self-soothe so that they are fussy unless given a screen to watch, at which time they are quiet). Lacking these coping skills, these children are at risk for a variety of mental health issues ranging from “fussy babies” to “anger management problems. ”

This device is known to cause or worsen sleep disorders, which, in turn, are linked to problems with attention, mood, and obesity.

This device is directly linked to overeating, which leads to obesity, which, in turn, leads to prediabetes, type 2 diabetes, and premature strokes and heart attacks.

Upon owning this device, your child will be barraged with a multitude of messages marketing unhealthful food, drink, inappropriate entertainment, and video games.

The advertising industry is aware of the evidence that infants as young as six months are able to recognize logos. Armed with this knowledge, the industry strives to establish brand loyalty in early infancy.

Advertising directly to children is a $6 billion industry. Eighty percent of the ads promote sugary drinks, sugary cereals, fast food or children’s movies, many of which, in turn, promote fast food and video games. Purchaser should also be aware, as is the advertising industry, that children under age six cannot distinguish advertisements from entertainment or factual content.

Many of the video games which your child will play are addictive, violent, or both. (The most popular ones are both addictive and violent.)

This device gives your child access to pornography. The average age of a boy when he first accesses pornography is nine years. The number of hits to free pornographic websites exceeds the combined total of hits to Google, Amazon, and YouTube. Eighty percent of free pornography shows violent acts against women. (Stuff like ATM—look it up, if you care to, but warning … it’s disgusting. If you do choose to look it up, make sure your kid is not in the room, then delete it from your search history. Also, better tell your spouse/partner why you looked it up, just in case — otherwise, you may have some explaining to do.)

Be aware that many of the so-called educational programs do nothing more than market junk to kids (e.g., a website that uses M&M’s to teach a child to count) and have been shown to delay learning. For example, the “Baby Einstein” videos, promoted as a way to make your baby smarter, were shown to delay language. Disney, the producer of the “Einstein” series, had to settle a class-action lawsuit for an estimated $ 100 million due to its false claims.

This device will open up a world of entertainment intended for girls in which girls are hypersexualized and objectified.

This device will open up a world of entertainment intended for boys in which men disrespect and abuse women, where “real men” are portrayed as aggressive and lacking in emotion.

Speaking of “people like me,” children with relatively common mental health problems like depression or eating disorders who are contemplating self-injurious behaviors like suicide or starvation, will find it easy to find “people like me.” Some of these people will aid and encourage self-destructive behaviors

Should your child be overweight or obese, (like nearly one-third of all children), there will be ample opportunity for him/her to be shamed by entertainment media, advertising, or social media.

The time your children will spend on this screen may take the place of sleep and physical activity — evidence-based remedies for mental health problems (e.g., anxiety, depression).

This device may ensure that your child hears fewer spoken words in early childhood — one of the best predictors of a child’s readiness for kindergarten. The logical conclusion: this device risks making your child less ready for kindergarten than had you not purchased it.

With this device, your child may share personal information with billions of strangers— some of whom want to harm your child.

With this device, your child may be introduced to a world in which every material possession known to man seems like it’s just a few mouse clicks from arriving on your doorstep. Be prepared for frequent refrains of: “But why can’t I have this?”

Welcome to a world in which you, by virtue or you’re saying “no” to inappropriate content, to a newfound insatiable appetite for material possessions, and to excessive screen time, will be viewed by your child as “mean.” Alternatively, you could become a “bad parent” who succumbs to pressures and influences that you know to be harmful to your child. “Mean” or “bad” — take your pick.

There’s another choice: Remember, no one says you have to purchase this device.

Jimmy Unger is a pediatrician. 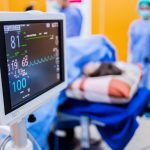 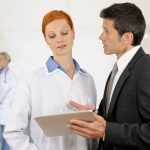 Would you buy a smartphone if it had this warning label?
1 comments