I first became John Dolan’s social worker following his colon surgery, surgery for removal of a very large cancerous tumor, the largest the experienced surgeon said he had ever seen.  John was told he had about three months to live. So much for predictions!  He lived another 16 months.

To the chagrin of his very large Catholic family, he was one of thirteen children; he was all the time rejecting their offers of help, and well before his cancer diagnosis. He could become nasty, frighteningly so, with death threats common, and always spelled out very graphically.

He had a colostomy system, which in those years involved using colostomy bags and keeping the area clean, which proved difficult for John. He had a very active lifestyle.  He walked a lot and often hauled back to his apartment trash, junk he found, and very heavy items like sofas. This aggravated the opening where the bags were attached, and despite my best efforts, he developed what was called a “prolapsed colostomy.”  His intestine was spilling out, often inside his colostomy bag, and looked like a snake or a large red Polish sausage. It wasn’t pretty.

I tried to have a colostomy nurse go to John’s apartment to help him with the care of his colostomy.  But I could not get the nursing services to go out more than once because John lived in such filthy surroundings.  They also didn’t like the fact that he did not believe in air conditioning, and they were asked to visit him, go to his third-floor apartment in August.

In time, my job became kind of as a maintenance man for John. I would see to his colostomy supplies each week and sometimes transport him to wherever he wished to go. Both were tasks his sisters offered to do. They seldom refused him anything, even in the face of their nervousness, and at times downright fear for their own safety.  He was said to throw things at them, even heavy cans of soup.

I prided myself in getting John to his medical appointments and on time and relatively clean, even if I had to take a few items of clothing home with me to wash.

Months went by in this way, doing what I just described. John got weaker by the day.

To me, John looked very French. He had a thin face and dark thinning hair, and something of a wild look in his brown eyes.  In my imagination, I could easily transport him to a Paris street and put a beret on him and a paintbrush and call John Dolan an artist, which was something he dabbled in. A good way to provoke his rage, I observed, was to cut short his presentation of his drawings, his portfolio, although I never heard him call it that. What he had was a stack of large pencil drawings, and it took an hour or more for him to go through his explanation of each picture.

Toward the end of his life and when especially delusional, he began to blame me for his weight loss. He would not be so skinny, he said, if only I had transported him more often to the fast-food restaurants he wanted to frequent.

Now we were here, in the large Catholic cathedral in downtown Louisville with John’s brother, a priest, serving mass to a crowd of family and friends.

Father Dolan said how John went from having a good factory job, until about age 30, to being on welfare and living like a bum in the center city. It was not a homily full of understanding or compassion.

I heard no acknowledgment of John being severely mentally ill. There often isn’t with the extended family. Then the fellow said this: Whenever he thought of his brother, a Linda Ronstadt song came to mind, “Desperado.” He brought out his guitar and from the altar sang the song for us.   A song about a fellow who was a bad acting character, an unappreciative hombre, who turned away all help brought his way.  I think John might have liked being remembered as an outlaw.

Myself, I would have welcomed an opportunity that day to say a few words about what I knew of John Dolan after 16 months in his company, and just every day. I even saw him the day he died. The majesty of the cathedral would have impressed John tremendously, and I would have said that.

Also, I would have mentioned John’s love, his infatuation, of things associated with royalty and how when he learned my birthday was April 21, he made quite a fuss,  proclaiming it a very special date because it was also the birthday of Queen Elizabeth, something I didn’t know. I might have lied and said how John often spoke fondly of his two sisters, Ann and Betty Lou.  He never did. I suppose my main purpose would have been to convey, if I could manage it, just how much this guy suffered (even though he made others suffer for knowing him).  He was never married, had no children, and had little experience with women in spite of many longings.  He had not much education or a sense as to how to get along in this world, and he was extremely angry, and terribly alone. Then there was the added indignity of a cancer that took away his bowel functions, eventually leaving him with his insides spilling out for all to see, and this happening to him before age 50.  Yet I never once heard John say, “Why me? Why is all this happening to me?” 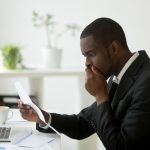 The tension between hospital administrators and medical residents 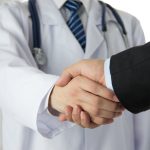