The debate over the safety of giving birth at home, both for the mother and for the infant, has continued for years. I’ve written about the issue myself. From time immemorial until about 75 years ago or so, most babies were born at home. Now it’s around 1 percent in the USA, although it’s much higher than that in many Western European countries. The shift to hospital births paralleled the growth of hospitals, pediatrics, and obstetrics. With that shift, there has been a perceived decrease in women’s autonomy over their health care decisions. There has also been an unsurprising jump in the proportion of caesarian section deliveries, an operative procedure, and various other medical interventions in labor and delivery, even though current data suggests the recent jump in caesarian delivery (now around 30 percent) has not added any benefits.

The debate over whether the dominance of hospital births is a good thing or a bad thing (or neither) is much more than a medical debate; it’s also a social and political one. It’s also, to some extent, an issue of medical power, a struggle between physician obstetricians who deliver babies in the hospital and nurse-midwives who often deliver babies at home. I’m very interested in the social and political aspects, but as a pediatrician, I’m particularly concerned with the safety question: Is it more dangerous for your baby to be born at home?

One problem in answering this question is that most of the studies about the safety of home birth came from abroad. But a few years ago, we got some data from the USA, published in the New England Journal of Medicine, entitled, “Planned out of hospital births and birth outcomes.”

One big problem with evaluating previous data has been that vital statistics from birth certificates counted home births and hospital births, but did not identify as a separate category those women who planned to deliver at home, but then were admitted to a hospital to deliver there because of some issue with the pregnancy. Such women were just counted as hospital births. Also, the recent growth of birthing centers has introduced a location kind of intermediate between home and hospital. The large study linked above was from Oregon, using the years 2012 and 2013. It gives some useful information.

What should we make of this? Thinking about risk can be difficult, and it’s important to understand the difference between relative and absolute risk. (I’ve written about that, too.) Media reports often obscure this key point. For example, in this study, the risk of infant mortality increased by 100 percent with home birth. 100 percent! But twice a very small number is still a very small number. The absolute risk of a baby dying in a home delivery is very small. Still, it is higher.

A physician got a DUI. The physician health program didn't help. 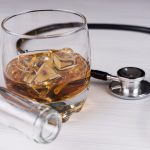 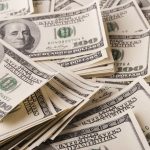 Is it more dangerous for your baby to be born at home?
6 comments