The sun sets a cascade of pink and yellow in the window of an ICU room. The slow hum of ventilation dampens the buzzes and beeps from machines. I stand in a room inundated by equipment. A machine to monitor vital signs with purple, green, blue, and red on a black background displays peaking and rolling waveforms. Two IV poles with twelve pumps click and murmur sounds of fluid migration and pressure differentials.

In this expanse of death’s delay, we are alone. A body in a bed and I. How could my psyche present my patient in this condition otherwise?

An endotracheal tube used to force air into the lungs is stained bright red. The central line (a large-bore IV that feeds into the opening of the heart) has been slowly seeping bright red fluid as well.

The eyes are different. They exude a yellow fluid from tear ducts. The body’s extremities, nose, and abdomen follow suit; you need to change the absorbent pads every hour they said in report. This body has been swelling from the drugs we give to force its vasculature to clamp down tightly enough to prolong life. The slightest movement of the body interferes with the drug’s capacity, perilously dropping its blood pressure.

This body is John Doe. All we got is a scanned fire department report of where it was found. Their wallet reveals no ID and no phone numbers. The hospital’s police officer refuses to fingerprint the patient. I don’t know why leadership says it’s not procedure anymore.

I know nothing of this person, but I’m more connected to their body than anything I’ve ever experienced. If I press a button or don’t press a button, the body dies. It hangs in a meticulously fragile state. It’s the most dreadful power I’ve ever felt.

I look to the counters; five bags of drugs lay there faithfully alongside buckets of supplies. They’re insurance that if one of the four drugs keeping the body alive stops, there’s a replacement. The bathroom break I take gathers anxiety. Is that beeping out there him? Is he crashing? I console myself with, “It’s just respiratory therapy suctioning on their rounds.”

I stand next to the bed. Watching life seep out of and flow into this person at the same time, manning my station. I look at the sunset, what a juxtaposition. A beautiful view from the tower on one side. Something I’ve never seen depicted in the worst of horror movies on the other. Streets crowded with cars and bustling people on my left, a probable homeless addict to my right. Buzz away with your happy lives people outside this window. Lay alone with nobody but your body’s keeper inside the window.

This body is in a fit of multi-organ dysfunction. Its liver was probably the primary factor. He’s as yellow as a banana after all. And swollen like a tick. His abdomen necessitates wall suction from several sites because even it seeps yellow fluid.

I change the pads. I hang the drugs. I document the read-outs. Adjust the rectal tube, apply low suction to the tube going through the nostril and into the stomach during particularly violent bouts of coughing. It’s stained red as well.

I note some of the standards of care are missing. This body would normally be expressing ungodly amounts of pain. I pray it can’t feel. There’s no sedation. It would kill the body.

Coworkers walk by tenuously looking in. When is this body going to die? “Not on my shift,” I confidently balk, giving myself false reassurance and coming up with a plan on how to convince the intensivist to let me bolus more albumin to prop up this blood pressure.

Where is this person’s persons? Why can’t we find them? Nobody would let someone live through this. Except for us. 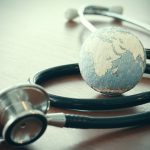 Stand up and be heard. But don’t hate your doctor. 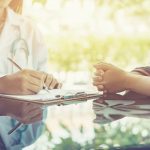