A 19-year-old man is hospitalized with a 6-day history of lightheadedness and nightly fevers. He also reports sore throat, headache, joint and muscle aches, and a dry cough. He recalls a blotchy rash on his trunk and arms, which has resolved. He returned home 12 days ago from a trip to Vietnam, for which he did not receive specific immunizations or other prophylaxis. During the second week of his trip, he experienced 2 days of diarrhea; he has had none since, but abdominal discomfort and anorexia persist.

On physical examination, the patient is lethargic. Temperature is 39.9 °C (103.9 °F), blood pressure is 98/58 mm Hg, pulse rate is 68/min, and respiration rate is 16/min. No skin rash or evidence of jaundice is present. The abdomen is distended, with diminished bowel sounds, but nontender. Neurologic examination is nonfocal.

This patient most likely has typhoid fever, also known as enteric fever, caused by either of the typhoidal Salmonella strains, S. typhi or S. paratyphi. Infection is transmitted by ingestion of food or water contaminated by feces. In resource-poor areas, organisms may be spread in community food or, more frequently, by water. In developed countries, transmission is chiefly by food that has been contaminated during preparation by healthy carriers. Symptoms of enteric fever are generally nonspecific. Fever is the major manifestation, typically rising over 2 to 3 nights and persisting for several days. A pulse-temperature dissociation (relative bradycardia) is often present. A brief period of diarrhea followed by constipation, abdominal discomfort, nonproductive cough, mild confusion, and transient small blanching skin lesions (rose spots) are other clinical features. Ceftriaxone is the preferred empiric antibiotic agent, with ciprofloxacin and azithromycin as additional options if resistance is not encountered.

Human brucellosis can develop after exposure to one of four Brucella species through contact with viable organisms in secretions or excretions of infected animals, ingestion of undercooked meat or milk products, or, less often, inhalation. Patients experience numerous nonspecific symptoms as well as recurring or “undulating” waves of fever, but rash, gastrointestinal symptoms, and relative bradycardia are not typical.

Humans acquire leptospirosis after contact with infected urine spread by carrier animals. Classically, illness is biphasic, beginning with a septicemic phase followed by an immune phase, which correlates with the appearance of antibodies in serum. Clinically apparent leptospirosis presents with the abrupt onset of fever, rigors, myalgias, and headache. Conjunctival suffusion in a patient with a nonspecific febrile illness should raise suspicion for the diagnosis of leptospirosis. A more severe form, known as Weil syndrome (icteric leptospirosis), consisting of jaundice, azotemia, and anemia, may also occur. Gastrointestinal symptoms are infrequent.

The gram-negative bacillus Burkholderia pseudomallei, found in soil and water in endemic areas such as Southeast Asia, is the causative agent of melioidosis. After acquisition through direct skin contact, ingestion, or inhalation, an acute pulmonary, septicemic, or localized suppurative infection may occur. The patient’s findings are not compatible with melioidosis.

What does a cardiologist think of the keto diet? 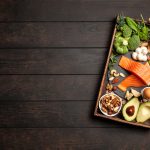 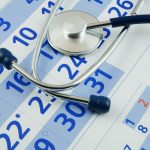