“We believe that the current entrepreneurial development model for antibiotics is broken and needs to be fundamentally transformed.”

This provocative opinion is from a recent editorial in the New England Journal of Medicine. The introduction of penicillin, the first antibiotic miracle drug, led to an 80 percent reduction in mortality from infectious diseases. Other antibiotics quickly followed, reducing death rates even further. Over the past several decades, however, the discovery of new antibiotics has greatly slowed; most are what are called “me too” drugs that are potentially profitable for the manufacturer but not in any way ground-breaking. Emerging resistance to antibiotics was noted soon after their discovery, but newer agents appeared to keep us one step ahead of the pathogens. This breathing room may now have disappeared — we now are confronted with pathogenic bacteria that are completely resistant to all known antibiotics. Some have termed our new situation the post-antibiotic era. So we desperately need newer agents to treat infection. Where are these to come from?

The editorial writers describe how ineffectual our current model is for developing these essential new antibiotics. For one thing, development costs are enormous — up to two billion dollars. There is also this problem:

Rising rates of resistance appear to create new market opportunities for antibiotics. However, the absolute number of infections caused by each type of resistant bacterium is relatively small. Each newly approved antibiotic thus captures an ever-shrinking share of an increasingly splintered market — a problem that will only worsen over time.

A widely influential solution was proposed by the economist Jim O’Neill in 2016. His idea was to offer a variety of special financial incentives to drug companies to develop new antibiotics. Now he says it’s simply time to “just take it away from them and take it over.” The authors of The New England Journal editorial propose a model consisting of nonprofit organizations to focus on all aspects of preventing infections — not just new antibiotics but also things like vaccines, immunotherapies, and inflammatory modulators. I agree such a multifaceted approach is important because resistance among bacteria will always be an issue. A key principle here is using multiple approaches that work in different ways. We certainly use that principle in infectious disease practice by combining antibiotics that work in different ways.

Establishing new ways of organizing our fight against infection would be difficult. But market-based, for-profit approaches simply haven’t worked at all. Drug companies are actually losing money trying. And thus as a society, we’re losing the battle. 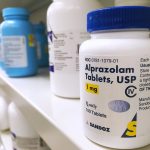 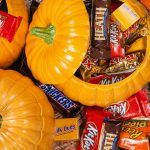 Why developing new antibiotics is a losing battle
1 comments