There are limited studies regarding pediatric malpractice claims, especially for the emergency department (ED). A recent study of malpractice claims involving children highlights the role of communication and systems issues. This 10-year study is important because it focuses exclusively on children and provides data on the top specialties named as defendants, including emergency medicine. The study found communication breakdowns between patients/families, and providers contributed to 15 to 22 percent of claims.  Communication gaps are particularly risky when treating young children. Consider that when dealing with pediatric cases, you have a minimum of two patients—the child, parent or guardian, actual current caregiver, grandparents, coaches, teachers, siblings, etc.

To address pediatric communication gaps, all specialties can benefit from lessons learned in the ED, where conversations are rushed, stakes are high, teams are assembled ad hoc, and physicians seldom have prior knowledge of the patient. These same conditions are becoming more prevalent in other specialties due to family relocations, merging healthcare systems, and changes in employee healthcare plans. The days of having the same doctor for decades are disappearing!

How can we make parents and caregivers better partners in our medical process?

Here are four pediatric communication lessons learned from the ED:

Case example: A mother brought her 10-year-old son to the ED with abdominal pain. Following examination and testing, he was discharged home after verbal and written instructions to return immediately for worsening or red-flag symptoms. Over the next 48 hours, the child did display worsening symptoms. The mother scheduled an office appointment for the next day. After the boy began vomiting blood, 911 was called, and paramedics transported him to the ED in cardiac arrest. He died as a result of a perforated appendix.

Lesson: Both verbal and written discharge instructions are important, and must be presented in layperson’s terms. Printed EHR instructions are complex and lengthy; highlight key features and phone numbers. Three key components include: Follow-up details, disease red flags, and patient/family understanding of treatment plan (antibiotics, antipyretics, or subspecialty referral). Indicate when the patient should return for follow-up, whom to call, level of urgency, and location.

Try to determine if the child has an existing relationship with a primary care physician (PCP) or subspecialist(s). Make sure the caregiver knows the name of the child’s plan, designated PCP, and contact information.

Case example: An eight-month-old infant presented to the ED during peak bronchiolitis season with a fever of 102.8°F. The parent gave a history of all shots being up to date. The patient was discharged with a diagnosis of upper respiratory infection and bronchiolitis but returned two days later with pneumonia and sepsis. On further inquiry, the parent was not the regular caregiver, and the immunizations were not current.

Lesson: When treating children under two years, always take a detailed history regarding immunizations, neonatal history, and risk factors such as prematurity. Parents often incorrectly indicate immunizations are up to date. Check immunization status by asking to review the child’s immunization card and review the EHR and state immunization registry. Febrile children without current immunizations may require additional evaluation, and are at greater risk for serious bacterial disease. This is especially true for those under six months of age.

Case example: Paramedics transported an African American teenager with pain and gave an ED triage report that the young man had sickle-cell disease, had not attempted any pain relief medications, and was possibly a drug seeker. This same information was related to the ED physician, who initially approached the patient with frustration, but took time to ask additional questions, including some ice-breaker questions: “Where do you go to school?” and “Tell me what you know about your disease.” The physician discovered the patient was an honors student at a prestigious university. He did not have sickle cell but another hematologic condition. He was visiting grandparents, and his pain medications were in his out-of-town dorm room.

Lesson: Always confirm key elements of the history. It is difficult to get a correct history in a brief encounter, especially with someone you are meeting for the first time. Ask patients and/or parents some nonmedical getting-to-know-you questions, and confirm the relationship of adults accompanying the child, the primary caregiver, and the child’s level of functioning. What grade are they in? Has their activity level changed? Speak directly to the child and allow the child to tell part of their story.

Case example: A mother presented her child to ED registration with a chief complaint of fever. The child had no fever and was playful. In fact, the mother was concerned her child had been abused while staying with the father over the weekend. The mother did not wish to report this concern at check in, and stated she was scared of her child’s father.

Lesson: Do read triage and staff notes, but begin your conversation with the open-ended question: “What are you most worried about today?” This may reveal the true most pressing concern.

Finally, rapport matters. No matter how strong your emotional intelligence, you can’t communicate well with everyone. A patient may be willing to confide in a female physician but not a male or understand one physician’s way of explaining things better than another’s. If you are not having successful communication, consider including another provider or staff member in the conversation.

These scenarios and this study highlight pediatric high-risk scenarios. Red flag scenarios to consider include:

This study and the examples above indicate good communication is not a luxury but a necessity. 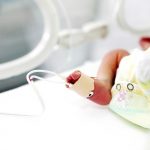