Candida auris (C. auris) is a multidrug-resistant fungus responsible for a rising number of infections and deaths around the world, the origin of which is currently subject to investigation. Spread primarily in the health care setting, it is a growing threat to high-risk patients in hospitals, nursing homes, and other health care facilities.

The CDC estimates that between 30 percent and 60 percent of people who become ill with C. auris infections have died. Managing the fungus will require an aggressive response and a clear understanding of the most effective ways to prevent transmission. A clinical alert has been issued by the CDC to help stop the widespread of the fungus in medical facilities.

Existing challenges include conventional or outdated lab techniques in some health care facilities that can lead to misidentification and ineffective treatment. Specialized laboratory methods are necessary to accurately identify and minimize the spread of C. auris.

Counsel to patients and families

Patients should know that hospitals around the country are moving swiftly to address this new strain, but, even so, we can anticipate that this drug-resistant fungus will impact more patients over time.

Typically when Candida infections are known or suspected, treatment and containment are reasonably straightforward. What makes the higher rates of C. auris most concerning is its resistance to common antifungal treatments.

The resilient fungus can survive for weeks on both skin and dry surfaces, such as bedrails and chairs, allowing it to move easily from person to person in health care settings, including in some of the most prestigious hospitals in the country.

Diagnosis can also be delayed because it is not easily identified by labs unless specifically looked for, leading to spread from one hospital to other affiliated facilities.

Those at highest risk for C. auris infection include patients in intensive care units for extended periods of time, most all of whom are likely to have had multiple life-supporting devices placed, including intravenous catheters, urinary catheters, breathing tubes, pacemakers, etc., and most of whom have been on multiple antibiotics for prolonged periods of time. These devices are most likely to host the fungus and can be difficult to disinfect. Others at risk include those with chronic or prolonged illnesses that result in frequent exposure to various healthcare settings.

C. auris is much less likely to affect a healthy person, or even an individual whose stay in the hospital is limited. The concern within the medical community currently is focused on the sickest of the sick, and should include long-term care centers.

The infectious disease community worries that this newly recognized fungus is one more harbinger of the serious problems that are a result of multiple factors that we have yet to completely understand, but seem to include the impact of climate change and, as well, are most certainly influenced by our widespread and sometimes too casual use of antibiotics. Ultimately, should C. auris become one of the strains that contribute to yeast infections in healthier people, such as thrush or vaginal infections, then a much larger population will be impacted.

A physician is worried about gender transition in pediatrics 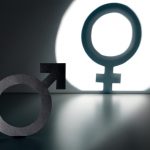 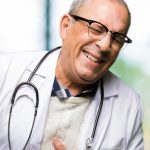