A featured article titled “Death by A Thousand Clicks” addressed some of the serious problems and challenges we still face in the “digitization” of health care.

As an early adopter of EHR since 2003 and a self-avowed “techie,” I can vouch for the fact that many of the government initiatives in HIT, like “meaningful use,” actually made many EHRs worse.

Because many of the regulations were being written by EHR executives appointed to, or serving as advisors to, the very government agencies who, in many instances, seemed to be developing regulations that only their software could satisfy at the exclusion of other innovators in the marketplace.

Everyone wanted to be the next “Microsoft” of the EHR world. What we got instead was clunky old IBM, when what doctors really needed was an EHR “for the rest of us” like the one doctor who alludes to the iPhone and his laptop in the Fortune magazine article. In other words, “it just works” without needing an entire course and tech support team to get it to do what it’s supposed to.

But physicians also bear some responsibility for this state of affairs.

The profession’s inertia and intransigence to accepting change and new technologies (as we are known to do) created a market environment that forced vendors to focus their sales efforts in a top-down, institutional fashion. The result was that products were sold and delivered at an institutional level, with little or no regard to the needs of the ultimate end user: the physician. All they had to do was sell a license to an institution, and their product would be adopted by default, or by force.

If doctors had been more engaged and better consumers of HIT at the outset, you can bet the software would have been designed with more attention to the needs of the physician as the consumer, rather than a CIO or IT director whose primary focus was likely cost and infrastructure investment. If physicians had allowed themselves to be the driving consumer force, there would likely have been much more competition, innovation, and interoperability. Instead, much as they have done before, by failing to take the initiative to adopt and adapt to the needs of a changing health care environment, they ceded that territory to large corporations and health care institutions. Physician, heal thyself.

Another key point is that with the advent of meaningful use, the focus of many EHRs was directed with even greater emphasis on billing and coding, rather than documenting and communication. User interface and workflow implementation took a back seat to making sure you captured enough checkboxes to support coding and billing for the maximum amount possible. Design was relegated to coding and database experts who had little or no insight as to the way the primary data entry user, the doctor, needed to access the system in order to use it effectively. Thus the old computing maxim “garbage in, garbage out” became the bane of every EMR user. Doctors were working to satisfy the needs of the technology, instead of the other way around.

Which brings us to where we are now.

Many doctors feel morally injured in having been demoted from highly educated, trained and skilled professionals whose prime directive was to serve their patients, to mere automaton data entry clerks whose aim is to satisfy yet another checkbox or the latest government-imposed metric. Yet the two goals need not and should not be mutually exclusive. The modern EHR should be a tool that makes a doctor’s life easier, his or her performance more effective, and his or her results more rewarding. Things are changing, but they need to change for the better and faster.

First, EHR developers can no longer be permitted to play a zero-sum game by manipulating the market and the regulations. You want to beat the competition? Do it by delivering a better product, not by holding users hostage or by sabotaging the competition with “secret decoder ring” interoperability roadblocks they charge a fortune to open via add-ons or modules, but the cost may be only a week’s worth of high-quality coding to design.

The next “Microsoft” of HIT will not be declared by artificially monopolizing a market. It will be decided by the end-users who recognize a good product when they see it. Just like when users first discovered the intuitive functionality of the iPhone. Turn it on: You understand what it does and how, and it just works. Reliably, consistently, and without compromising patient safety. Every time. No manual required.

Second, user interface design and workflow implementation need to be at the heart of developer initiatives. Chaining a doctor to a clunky desktop computer or even a laptop injures the doctor and the patient.

And if your software requires that you now hire a scribe, how is that a technological achievement in efficiency?

What is needed is a much more natural and unobtrusive interface such as touch screen tablets and voice recognition software. It’s astonishing that with the push to AI and the advances in adopting rapid workflow integration into complex engineering and financial software that is available today, these capabilities have not filtered into the health care sector.

The medical profession cannot relinquish its responsibility to deliver speedy, accurate, and successful results for the sake of what I refer to as “churn,” the endless inefficiency that is rewarded for perpetuating the problem rather than solving it. Leave that to the insurance industry.

Some vendors, hoping to attract users with flashy technology and user interfaces, may have inadvertently stumbled into the new paradigm of better sales, happier users, and better performance through more intuitive and natural user interface design. But they will ultimately fail if they don’t remain committed to the principle that the purpose of the technology is to serve the user, not the other way around.

What we still need is the “Steve Jobs” of HIT. Someone who is relentless in the pursuit of high quality, intelligent, and elegant design that is consistent and makes the user experience meaningful, productive, and reliable at every interaction, while making the interaction itself seem as easy and natural as turning on a light switch. It is indeed a high standard to demand. But those of us dedicated to healing and making people’s lives better deserve no less.

Nigel A. Spier is an obstetrics-gynecology physician. 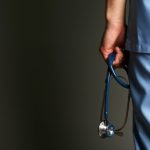