On Twitter recently, I saw a tweet that commented on the fact that there were too few black men who became doctors. I readily confess that I don’t know the reason why. I asked whether it is due to implicit bias or outright racism. Another doctor answered that both play a role. Although I have witnessed acts of racism and bias in the past, I can’t say I understand it very well being a white woman. However, one only needs to look around and see the truth that there are too few minority doctors, both men and women.

Why are there are too few minorities who become physicians?

Someone answered and suggested that it is due to lack of interest and lack of appropriate role models. It was postulated that black youth look up to rap stars and athletes. Well, so do white people. I’ve always been a big rock and roll fan and a follower of professional sports. My childhood idol was Tug McGraw, relief pitcher for the Philadelphia Phillies. I was also an exceptional track and cross-country runner and went to college on an athletic scholarship. Yet, I was still able to follow my dream to become a doctor, even with other outside interests. I think this theory clearly misses the fact that humans are diverse and can have many interests.

Lack of mentors. A mentor is someone who can help pull someone up the career chain. It is always helpful to have a mentor. One physician commented that the only ones who ever mentored him were black as well. When we acknowledge the fact of lack of minorities, especially in leadership roles, it is very easy to see the struggle a minority has to do to pull himself/herself p the ladder. This definitely contributes to the problem, but it is not the problem. Why should it be harder for a minority student to find a mentor than someone who is not a minority? This is a question every physician should be asking themselves and should include in the answer what they are planning to do to change it.

The most qualified get accepted/promoted. Everyone needs to put away the concept of affirmative action. I have actually witnessed another physician telling a black physician that he got accepted into a program because of affirmative action. If that thought has ever crossed your mind, just stop. There are many very qualified, maybe more so than their white counterparts, black individuals who are never given the same opportunities to become physicians or advance into leadership positions. If we look at the leaders and decision-makers in medicine, it is a greatly white and male majority. Is it because of unperceived bias? I can’t answer this question, but I think institutions need to address the fact that there are not enough minorities going into medicine.

Tokenism is not the same as inclusion. For the sake of looking unbiased and diverse, many committees and institutions will have a lone minority and/or women on their roster. This, however, is mere tokenism. It does nothing to bolster true equality or diversity. Only when committees and institutions mirror everyone can we say they are inclusive. A minority needs to feel they are part of the system, not merely represented because one person was allowed to stand in for them. We need real diversity and not the image of it.

Lack of leaders. In the work I do on gender equity, many claim women don’t want to be leaders or are not qualified for leadership roles. This is wrong for women and for minorities as well. They are often not given the chance to show their leadership skills. Those now in leadership roles, no matter their cultural heritage, need to actively search for those who are qualified and under-represented to fill the chairs at the head of the table. Antiquated opinions as to who is qualified or who has the desire need to be thrown out. Stop assuming people’s thoughts. Ask them, find them.

We all need to care about racism and bias in healthcare. Not only is it a social injustice that people are excluded, purposely or unintentionally, from any pursuit just based on the color of their skin or cultural background, but it affects patient outcomes. Many studies bear out the fact that black women have worse clinical outcomes for certain diseases, such as breast cancer, than their white counterparts. If you don’t care about being socially sound, you must care about clinical outcomes of patients if you work in the healthcare setting.

As for me, I do care. Real racial diversity must happen in medicine. As long as anyone feels excluded or gets left behind because of the color of their skin, cultural heritage, gender, etc., we are all to blame. We don’t need to belong to the minority group to speak out. Unless we all do, it will never change. It is unconscionable that racism exists in medicine in the 21st century. I may not bear witness to it every day, but I know it is there as I’m sure all of you who read this do. What can be done to change it? For me, any student who learns from me will be given every opportunity to learn that I have available. If they need a  mentor, I will be what they need, regardless of what they look like or where they came from. And I will keep speaking out until we no longer need to have a conversation that includes the terms “women doctor” or “black physician,” but rather we are all just doctors. What will you do? 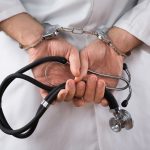 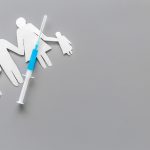 Too few minorities become physicians. Why is that?
8 comments