An excerpt from A Mistake: A Novel.

The girl looked up at her accusingly.

“My name is Elizabeth Taylor. Please call me Liz. I’m the consultant surgeon, and this is my registrar, Richard Whitehead.”

Elizabeth smiled wider for her.

“How are you feeling?”

The girl lay in the bed in the emergency department, and she was pale and very sick, and there were black bruises under her eyes. She had an IV in one arm and was in her very early twenties. A white girl, small and thin and turning in her pillows, selfish, inward in her pain.
She looked away to the ED nurse who had been waiting with her. The nurse was a middle-aged Englishman standing with his feet together.

He had a tag on his chest that read

with Awesome crossed out and Matt written underneath in Biro.

“Where’s the doctor—” the girl said.

Richard was beside Elizabeth, turning through the notes and murmuring.

“She’s tachycardic,” he said. “Up from an hour ago. Respiration 22 and steady, pressure is down, is why we paged.”

The girl looked past Elizabeth to the male nurse, and she said, “My shoulder. My shoulder hurts.”

Matt leaned down to her, and he said, kindly, “Does it hurt in your shoulder now?”

“Does it hurt when you breathe?” said Elizabeth.

The girl looked at her wide-eyed, and she said yes, and turned to Matt again, and Matt watched her eyes, half-smiling down at her.

“She’s got no pain at McBurney’s point,” Richard said. “Doesn’t look like appendix. She’s had a total of 10 milligrams of morphine since 9:30 for increasing pain and 10 milligrams of Maxolon for the nausea.”

“Where are you from Lisa?” said Elizabeth in a conversational voice. “Lisa? Where do you live?”

“Are you on holiday in Wellington?” said Elizabeth. “We’re having a lovely summer down here aren’t we. Get out of the way,” and Matt stepped quickly sideways.

Her eyes outraged and wet.

The girl had started to cry and was looking at Matt. She made a keening sound then she said, “Where’s the other doctor?”

“GP at Adelaide Road saw her three days ago,” Richard said to the notes. “One day of cramping abdominal pain. Soft and tender abdomen with guarding at left iliac. Given trimethoprim, diclofenac, paracetamol, and sent away. She came back again three days later, from some camping ground in the Hutt, in a lot of pain. No bowel motion or urine for two days, elevated pulse, and they put her on IV fluids and transferred her here. Radiology suggests necrosis to bowel and organs and notes there’s an IUCD in situ.”

Elizabeth listened and looked down kindly at the girl. “Lisa,” said Elizabeth.

“Lisa. Are you pregnant, Lisa?”

Richard flicked through the notes.

“BhCG negative. It was added to the labs.”

“Who did that,” murmured Elizabeth.

“It was a locum I think,” said Richard and looked around the ED.

“Good for them,” said Elizabeth. “Someone’s on the ball. Who’s with her? Do you have someone with you like a boyfriend or your parents, Lisa?”

“The boyfriend’s outside,” said Matt.

The girl looked left and right again. “Stuart,” she said, and as she spoke Elizabeth pushed her stomach down again above her left hipbone with three fingers, and this time, the girl screamed.

“OK now, we’re going to take care of you, Lisa,” Elizabeth said. “You be brave now.”

“Where’s the doctor,” she said, very angry now, and Elizabeth ignored her.

“Well,” she said to Richard.

“Uh,” he said, and he looked at the chart. “Clearly … intra-abdominal catastrophe. Immediate surgery to assess for ruptured viscus, bowel, or appendix. Aggressive fluids and transfer to theatre for laparoscopy.”

Elizabeth said, “Well. Possibly. I think we’d rather provisionally suggest pelvic peritonitis maybe due to salpingitis. You said yourself she had no pain at McBurney’s, and this was confirmed by examination right in front of you. Why add appendix to that list? Leaving yourself outs? I agree with the immediate urgent laparoscopy. Three units of packed red blood cells crossmatched and prep for theatre and page Dr. Mirnov to consent her.”

Elizabeth turned back to the girl.

She was moaning and had closed her eyes.

In the corridors from ED to theatre Elizabeth’s sneakers slapped and squeaked. Her father’s only daughter, 42 years old, youngest and the only woman consultant general surgeon at Wellington. Sudden bursts of light as the sun went west over the valley as she walked, and her sneakers slapped and squeaked on the shining linoleum. Mid-afternoon, now, clouds creeping south over Newtown. There was a black-eyed little sparrow trapped inside the hospital, testing the windows, flying from sill to sill down the corridor. As she walked, she called Simon Martin to get on with a boring hernia repair she’d been about to begin when she was paged, and then she called theatre to get ready for this girl.

“Robin,” she said into the phone. “Prep for laparoscopy and a peritoneal washout and removal of IUCD. She’s septic and will need antibiotic cover. Tell Vladimir we’re on our way. How are you, anyway?”

Carl Shuker is a former editor, British Medical Journal, and author of A Mistake: A Novel.

A neurologist explains why delaying school start time is important 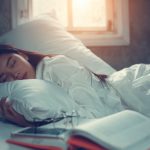 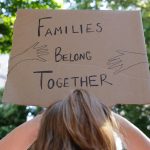