Canada’s health care system has been a source of national pride for as long as I can remember — a view that was shattered following my experience as a patient advocate during my late father Henry’s cancer journey.

The depths of perversity were made apparent to me when I was charged over $1,000 to access my father’s medical records, bringing to light a serious, long-term, systemic problem with access to medical information in Ontario. After much effort and hardship, my father’s medical file was released for $40, but not before the hospital updated its online fee policy

Anyone trying to obtain a large electronic medical file in the future will be forced to pay an exorbitant fee, based on a per page charge for the electronic record. Charging more than $40 for electronic medical files goes against the recommendations of the Information and Privacy Commissioner of Ontario. Apparently, the hospital had already been charging such fees for years, under the radar, and against their own previously posted public policy.

As it turns out, this is nothing new. A large majority of the complaints received by the Information and Privacy Commissioner relate to inaccessible fees. Kathleen Finlay, founder of The Center for Patient Protection, was quoted in CTV’s recent coverage of my family’s experience: “It happens all the time. It’s one of the most frequently raised issues when people come to the center, and I’ve been doing this for the last seven or eight years.”

In 2006, the Ministry of Health proposed a regulation for fee enforcement, but it has been sitting on the back burner ever since, despite support from the Information and Privacy Commissioner. This begs the question: why has the regulation not been enacted when an obvious and ongoing need for fee enforcement exists? As the old adage goes, if you want an answer to a seemingly perplexing question, just “follow the money.”

Unsurprisingly, the voice of the country’s health care corporations drowns out that of its citizens. A 2016 report released by the Canadian Institute for Health Information and the Canadian Patient Safety Institute found that 138,000 Canadian patients admitted to hospital during 2014-2015 experienced a harmful event, ranging from hospital-acquired infection to medication errors. Of these patients, 17,300 died during their hospital stay.

At first glance, charging exorbitant fees for medical files may seem like a cash grab, but the financial burden of ongoing and extensive litigation far surpasses the revenue earned through medical record fees. Financially bullying a patient or family in crisis is an effective deterrent to litigation by the hundreds of thousands of patients and family members affected by preventable medical harm in Canada.

Given that the system for compensating victims of medical harm is rigged and that Canada’s secret world of preventable diagnostic and treatment errors is steeped in a culture of silence, it should come as no surprise that barriers to access of medical files are so common. Health information custodians are intended to be keepers of medical information, not guardians of the truth.

If information custodians had nothing to hide, access to medical records would be hassle-free. Instead, patients and their families are subjected to a series of administrative roadblocks and pressure tactics in an effort to frustrate and undermine their attempts. Without access to the truth, health care institutions are protected from being held publicly accountable for their mistakes.

Enactment of the Ministry of Health’s 2006 fee regulation is long overdue. In the absence of such clear and enforceable regulations, information custodians will continue to “go rogue,” causing undue hardship and stress to patients and families who have already suffered tremendously, as well as inundating a tribunal that could otherwise allocate its resources to other matters.

The culture of silence within the halls of Canada’s medical institutions is in desperate need of reform. Only by removing barriers to the truth will a culture of accessibility, transparency, and accountability flourish.

Iris Kulbatski is a science writer. This article originally appeared in the Toronto Star. 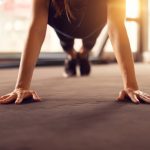 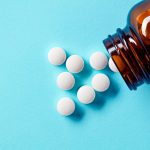