The health challenge recently faced by Sen. Bernie Sanders has brought two issues to the forefront of the 2020 presidential election. Should there be a disqualifying upper age limit to become president, and should an existing health issue preclude a candidate from running for president?

As scientists in the field of aging, we cannot tell the voting public how to answer these questions. What we can do is inform you about what science and medicine tell us about age and health.

If you attended your high school reunion, you know by experience that the pace of aging does not occur equally for us all. Some variation in the rate of biological aging is driven by genetics (winning the genetic lottery at birth is required to live a long life). Lifestyle also plays a critical role in lifespan and healthspan, although it’s important to keep in mind that it’s much easier to shorten life through harmful behavioral habits than it is to lengthen it by “driving” your body with care and maintenance. The final two components of a healthy long life include access to high-quality health care, and a dose of luck.

Science tells us that presidents, and by extension presidential candidates, have all four of these attributes going for them. The fact that we have so many candidates pushing the upper boundaries of age is a positive reflection on our aging world and evidence for a rise in a healthy older population.

In an interview on the relevance of age to serve as president, Jimmy Carter recently suggested that there should be an upper age limit because he believed at age 80, he would have been unable to handle just the foreign affairs component of the job. That might very well have been true for President Carter; we have no reason to doubt his personal assessment. However, Carter’s claim that he could not have navigated as president at age 80 does not mean others are incapable of doing so; the existence of so many candidates over 60 on the field testifies to this fact.

We refer to these seasoned candidates and otherwise healthy older individuals as “super agers” — a subgroup of humanity that successfully defies many of the ravages of time. While most people of both younger and older ages would wilt at the grueling schedule of these candidates, all of the presidential candidates seem to thrive under these conditions.

The other good news for the rest of us is that aging science is on the verge of a medical breakthrough that has the potential to turn many of us into super agers, representing a health and financial windfall for us all. We remain hopeful that such interventions will become available before the end of a second term for any of the current candidates. The presence of super agers, and their likely representation among our presidential candidates, is an exceptionally good sign.

Now, with regard to the mild heart attack and stents placed into the coronary arteries of Bernie Sanders, please keep in mind that long-term survival following such event is common — especially for those with access to excellent health care and, yes, even for men of the senator’s age. The challenge, in this case, is that because Sanders had a heart attack and received two stents, it suggests his arteriosclerosis is more generalized — placing him at a higher risk of other age-related conditions like cancer and dementia — and an overall higher risk of death than the average patient.

While there is no guarantee that, if elected president, Sanders would survive a first term in office, survival guarantees also cannot be made for any of the presidential candidates, young or old. Realistically, however, Sanders’ current health condition does, in fact, diminish his short-term and long-term survival prospects. Sanders’ current remaining lifespan was previously estimated to be about 8.7 years, and the probability he would survive through a first term in office was about 76 percent. After his recent health challenge, such estimates are likely to be too optimistic.

If there were signs of cognitive deficits that impaired functioning, this would be a different issue entirely and could, in fact, represent a disqualifying attribute. However, without detailed medical records and testing, it’s difficult to gauge in advance whether he, or any candidate, might face cognitive decline while in office.

For now at least, we encourage you to watch these candidates carefully as they navigate their way through the rigors of a grueling presidential campaign. Expect gaffes from each and every one of them along the way — young and old.

While watching presidential candidates from a distance appears to voters as a punishing marathon, to those running, it is a demanding sprint that goes on 24 hours a day, 7 days a week for nearly 18 months. Few of us are capable of participating in such a race. The fact that some have entered this sprint at ages 60 and above is a testament to their extraordinary stamina.

Our advice to the older candidates is to listen to their doctors carefully. If they detect signs of rapid aging in their doctors, they should consider replacing them. 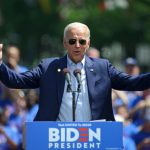 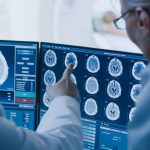