In previous posts, we have reviewed the use of selective serotonin reuptake inhibitors (SSRIs) and serotonin-norepinephrine reuptake inhibitors (SNRIs), as well as the off-label prescribing of gabapentinoids, for treating anxiety disorders. Anxiety is such a ubiquitous problem that it is not surprising that many other compounds have been used off-label as well.  In this posting, we will review some of the common ones: propranolol, mirtazapine, and quetiapine.  In summary, their effectiveness has not been as well established compared to SSRI/SNRIs, and some have significant side effect profiles, though they may have a role as second-tier drugs when other treatments have not been effective.

Propranolol (Inderal), which is marketed for lowering blood pressure and other uses, is sometimes prescribed off-label for anxiety. It blocks beta-adrenergic receptors, resulting in alterations in cardiac output and diminished activity of the sympathetic nervous system.  In addition to hypertension, it is indicated for the treatment of angina pectoris, reducing complications following heart attacks, prevention of migraine headaches, treating familial tremor, and other conditions.

When taken orally, propranolol is rapidly absorbed, is extensively metabolized in its first pass through the liver, and reaches peak blood levels in 1-4 hours. It has a plasma half-life of 3-6 hours, and its metabolites are excreted in the urine.

Side effects of propranolol can include bradycardia, hypotension, light-headedness, fatigue, nausea, vomiting, spasm of the bronchi, abnormal blood cell counts, allergic reactions, and other symptoms.

Interest in propranolol for anxiety began in the 1960s when it was noticed that patients receiving it for the tachycardia of hyperthyroidism seemed to have decreased anxiety. It is often used off-label for situational anxiety in social anxiety disorder or panic disorder, for instance, before musical performances or public speaking, and its benefits seem more related to the somatic aspects of anxiety such as tachycardia and tremor. The most recent major review of propranolol in panic disorder with or without agoraphobia found its benefits comparable to benzodiazepines and concluded overall that the data from systematic studies do not support it being given routinely for any anxiety disorder.  It also found no grounds for reducing anxiety in PTSD, presumably by limiting the consolidation of memories. Nonetheless, it is often prescribed by physicians based on clinical experience. Since giving it for situational anxiety is off-label, there are no official dosage recommendations, but it is often given orally to healthy non-elderly adults in a dose of 10-30 mg, an hour before performing or other anxiety-producing situations.

Mirtazapine (Remeron) is an antidepressant developed in the 1990s, which is sometimes given off-label for panic disorder and also for disturbed sleep. Its action involves blocking alpha-2 noradrenergic, 5HT-2 and 3 serotonergic, and histamine-1 receptors. When taken orally, it is rapidly absorbed and reaches peak blood concentrations in about two hours. It is metabolized in the liver and excreted primarily in the urine and also the feces. The half-life in non-elderly adults is 26-37 hours, which permits once a day dosing. Because of its sedative effects, it is usually administered at night.

The main side effects of mirtazapine include sedation, dizziness, dry mouth, and gastrointestinal disturbances, and, rarely, a reduction in the white blood cell count. It can potentially raise the likelihood of serotonin syndrome in persons taking other serotonergic drugs, and also can stimulate appetite and result in weight gain. There are usually minimal sexual side effects, and it is sometimes used in persons who have had difficulty with this from other antidepressants.

Mirtazapine can be a useful antidepressant in certain settings, for instance, in depressed patients who have been troubled by sexual side effects of other drugs, or who have difficulty sleeping as a major feature of their depression. One review found it more effective than placebo in generalized anxiety disorder, panic disorder, social anxiety disorder, and PTSD.  It is sometimes given off-label for sleep in non-depressed persons with insomnia and sometimes can be useful this way, though its benefits are often limited daytime sedation. Because it is off-label, there are no officially recommended doses for anxiety or sleep, but it is often given to healthy non-elderly adults in oral doses of 15-30 mg at bedtime.

Quetiapine (Seroquel) is a second-generation antipsychotic drug, approved for use in schizophrenia, bipolar disorder, and as adjunctive treatment in depressed patients who are not responding to traditional antidepressants. It is sometimes used off-label for sleep or anxiety. Quetiapine acts at a number of receptors, including those for norepinephrine, serotonin, dopamine, and acetylcholine. Side effects include sedation, dizziness, dry mouth, constipation, weight gain, and low blood pressure. It prolongs the QTc interval and should be given with caution in combination with other drugs that have this property. In a manner similar to antidepressants, it carries an F.D.A. warning about a possible increase in suicidal thinking or activity in young adults, as well as increased mortality in elderly patients who have psychoses associated with dementia. They also have been associated with increases in prolactin concentrations, as well as cholesterol and triglycerides.

There have been several studies that found that quetiapine 150 mg was more helpful for generalized anxiety disorder than placebo. Another found that 50-150 mg per day was equally effective as paroxetine 20 mg per day after two months of treatment. One report found benefits comparable to escitalopram. In practice, quetiapine is often used for anxiety in treatment settings for persons with a history of substance abuse, as it has little or no abuse potential, and is not a DEA-scheduled drug. The concern is that it carries with it the side effect profile of antipsychotic drugs, including endocrine and metabolic changes and the rare occurrence of motor disorders. For this reason, there is not unanimity about its utility. Your author’s view is that, if used at all, it should be reserved for persons who have severe anxiety symptoms and who have not responded to a variety of traditional medicines. As this is an off-label use, there are no official recommendations, but in healthy non-elderly adults, it is sometimes given orally as 25 mg up to three times a day (a total of 75 mg per day) as needed for anxiety. The limiting factor in dosing is usually sedation.

In summary, if anxiety patients do not respond to SSRIs/SNRIs, other treatments are available. The gabapentinoids have often been used for this purpose, but the growing recognition of their side effect profile and abuse potential has led to the reconsideration of other drugs.  Propranolol (particularly as a PRN agent for performance anxiety), mirtazapine, and quetiapine are among those which may be considered. 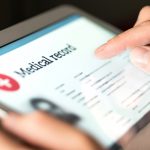 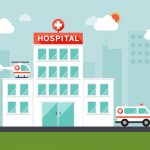