My wife is a teacher. Her passion is helping the Bart Simpsons of the education system. This past year the school district in the rural area where we live tasked her with the job of opening the community’s first alternative education school.

Imagine taking 60 of some of the hardest kids in the area and creating a school just for them, so they have an opportunity to feel success, thrive, and eventually graduate. A school like this is life-changing for these students.

I look at my wife every night, grateful for the work she is doing. She is making a difference in the lives of her 60-plus students. But more selfishly on my part, she is making my future job as a physician that much easier.

Did a parent/adult often swear at you, insult you, put your down?

Did a parent/adult often push, grab, slap, or throw something at you?

Did you often feel that no one in your family loved you?

Was your mother or stepmother often kicked, bitten or hit with a fist or something hard?

There were additional questions about sexual abuse, suicide, divorce and substance abuse in the family. The unfortunate reality is that as children all around us grow up, most of them will be able to answer “yes” to at least one of the ten questions asked.

So why is this study, first published over 20 years ago, so important and still being talked about today? Those who responded with four or more ACEs were at a four to twelve-fold increased risk for alcoholism, drug abuse, depression, and suicide attempts.

They had a two- to four-fold increase for smoking and sexually transmitted infections. Those with four or more ACEs were also at increased risk for physical inactivity, obesity, ischemic heart disease, cancer, lung disease, and liver disease.

I recently spent a month in a small hospital on the Oregon coast, doing part of my internal medicine rotation in the ICU and acute care unit.

On the surface, most of these patients presented with illness that was a direct consequence of choices they had made. A man suffering from seizures due to alcohol withdrawal, a woman whose liver was failing due to IV drug use, someone with an acute episode of heart failure because they had eaten a pound of pepperoni and a family size bag of Cheetos in the days prior.

Seeing these patients, I couldn’t help but think back to the ACE Study. What was their childhood like? What trauma had they been through? If I grew up in their shoes, would our lives be swapped? Would I be the one in the ICU suffering through alcohol withdrawal while they listened to my heart and lungs as a third-year medical student?

A study published in April of this year, however, offers hope.

Protective factors can offset the adverse effects of high ACE scores. Children who had a safe, well-kept neighborhood and supportive neighbors were more likely to do better in school compared to students with similar ACE scores without those protective factors. Add in additional protective factors such as family meals multiple times per week, no household smoking, and having a parent (or similar figure) who could talk to the child about their day provided even better outcomes for the child.

Not all children will have ideal home lives. They may come home from school with no one to talk to and no one to prepare dinner. There might not even be food in the house for dinner. That’s where our role as neighbors comes in. We can make our streets safe. We can make them look nice. And most importantly, we can look out for the kid who may need a little extra protection in their life.

Health care and education are more linked than ever before. Improving the education of future generations will directly lower the future cost of healthcare.

So, while politicians are busy pitching their latest ideas for health care improvement- here is one that doesn’t cost a dime and can be implemented immediately: Be nice.

Be nice to those around you. Look out for those in need. Find out what your local schools and teachers need and make it happen. When my wife first started teaching, my grandpa always sent us home with a few reams of printer paper. Supplies were limited in the classroom, and the simple donation of paper went a long way.

We won’t fix education or health care overnight, but we can start with small steps in the right direction. And if we start now, my job in a few years will be that much easier.

Will Alzheimer's disease researchers miss seeing the forest from the trees? 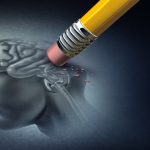 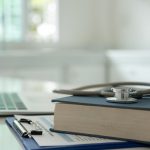