To delay or prevent the onset of memory loss, talk to your doctor. It can really be that simple.

Among the diseases that Americans fear most, Alzheimer’s and dementia consistently rank at the top of the list. What people don’t always realize is that many causes of memory loss are treatable and preventable, and the first line of defense is your primary care physician.

I recently had the opportunity to present findings about early detection at the 2019 Alzheimer’s Association International Conference (AAIC), along with researchers from around the world.

Our study found that what you do in mid-age affects what happens to your brain in your 70s and 80s. In other words, the debilitating effects of Alzheimer’s and other dementias can be prevented.

Younger people are starting to understand this, and we are seeing community members as young as 50 enrolling in the Orange County Vital Brain Aging Program’s assessments and education programs.

In addition to educational seminars and tools for self-identification of risk factors, OCVBAP includes a pathway for self-referred, confidential in-person cognitive assessments with trained OCVBAP personnel in community settings.

We’ve seen younger people taking part in the assessments because they are interested in prevention and want to take action. They have seen their parents’ or their grandparents’ decline, and they are ready to do something.

Part of what they can do is partner with primary care physicians. One troubling aspect of our study was that nearly a quarter (24%) of all participants over the age of 65 were found to be in an impaired range for memory, meaning that their conditions had gone unnoticed or unmentioned by their physicians.

Either physicians ignored their patients’ concerns, or patients didn’t think to bring them up. What I hope is that PCPs and patients work together to tackle memory loss head-on, while it is still early in the game.

When PCPs identify risk factors and early symptoms of cognitive impairment, they are able to help detect treatable conditions of memory loss such as vitamin deficiencies, drug interactions, sleep disturbances, mood disorders, as well as Alzheimer’s disease in its earliest, most manageable state.

Some PCPs have told us, “If something is happening, the patient will bring it up.” Meanwhile, the patient is thinking, “If this is so important, my doctor will ask me about it.” In memory disorders, early detection can lead to treatments and interventions that reverse the memory problem, or delay the onset of Alzheimer’s worst symptoms. Regardless of who starts the conversations, it is vital that they happen.

So, to delay or prevent the onset of memory loss, talk to your doctor. More and more, your doctors are trained to listen.

Enter a clinical trial because it helps others, not necessarily yourself 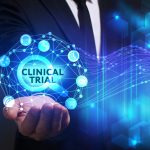 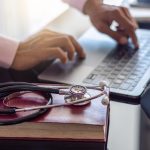