On October 1, 2019, Nevada began allowing individuals to avoid living in late-stage dementia. The new statute recognizes the legitimacy of an advance directive that instructs health care providers to stop hand feeding food and fluid by mouth. Individuals have already been completing such directives in New York and Washington. The Nevada law is the first that explicitly authorizes such instructions.

Many individuals are afraid of living in late-stage dementia when they cannot participate in activities that they find meaningful or enjoyable. For example, by Alzheimer’s Stage 7, individuals need constant supervision and frequently require professional care with activities of daily living such as toileting and bathing. They are unable either to recognize the faces of close friends and relatives or to remember most details of their personal history. They lose the ability to communicate or respond to their environment.

Widely accepted clinical, ethical, and legal rules hold that these individuals may hasten their death by voluntarily stopping eating and drinking (VSED). This clinically and professionally accepted “exit option” entails making a deliberate decision to stop consuming food and fluids.

This typically leads to a peaceful death in 10 to 14 days.

A significant number of individuals hasten their deaths with VSED in order to avoid living with late-stage dementia. Increasingly, families are documenting these cases in books and films like The Last Ten Days – Academia, Dementia, and the Choice to Die: A Loving Memoir of Richard A. Brosio.

To avoid the problem of premature death, many have proposed that individuals complete advance directives that instruct others to stop hand feeding. This is known as “advance VSED” or “SED by AD.” At least two advocacy organizations (End-of-Life Washington and End-of-Life Choices New York) have developed special advance VSED directives. In 2019, the Society for Post-Acute and Long-Term Care Medicine (the primary association for long-term care) issued a special policy statement on advance VSED.

Notwithstanding the growth in planning tools and policy statements, the legality of stopping eating and drinking by advance directive remains uncertain. Many states probably permit advance VSED because they use broad language in their health care decisions statues.

For example, in Minnesota, the relevant statute defines “health care” as “any care, treatment, service, or procedure to maintain, diagnose, or otherwise affect a person’s physical or mental condition.” This includes hand-feeding because hand feeding is a “service or procedure” that “affects a person’s physical … condition.” Since individuals or their agents may refuse any “health care” in an advance directive, they may refuse hand-feeding of food and fluids by mouth in an advance directive.

Still, clinicians are uncertain whether they may or must honor an advance VSED directive. Indeed, courts in Oregon and British Columbia have recently refused to enforce (purported) advance VSED directives. Consequently, clinicians want more clarity. No such clarification has been forthcoming. Despite efforts in California, Oregon, and other states, no legislature in the world explicitly authorized advance VSED until 2019.

On October 1, 2019, Nevada S.B. 121 goes into effect. This bill, signed by Governor Sandoval on June 1, 2019, authorizes a new “dementia directive.” The Legislative Counsel Bureau will codify this section within provisions on durable power of attorney for health care decisions in chapter 162A of the Nevada Revised Statutes.

The new dementia directive includes an “End-of-Life Decisions Addendum Statement of Desires” that permits the individual to choose “yes” or “no” to the following statement: “I want to get food and water even if I do not want to take medicine or receive treatment.”

This “food and water” statement addresses VSED, because it is an option framed as an alternative to “medicine” and “treatment.” Nevada law considers “artificial” nutrition and hydration as medical treatment. The standard durable power of attorney for health care form refers to artificial nutrition and hydration as “treatment.” Therefore, the dementia directive’s language contrasting “food” and “water” with “treatment,” clearly references hand feeding or food and fluid by mouth.

In short, beginning October 1, 2019, individuals may complete a Nevada advance directive that directs healthcare providers not to provide food or fluid by mouth. They may complete a directive for advance VSED.

Looking ahead to implementation

Authorizing advance VSED in a statute removes one perceived barrier. But others remain. Two are notable. First, clinicians do not yet have protocols for how to implement VSED for a patient in late-stage dementia. Even if the patient has a valid directive, when do we stop offering food and fluids? How do we ascertain the satisfaction of any “trigger” conditions the patient specified?

Second, even after we stop offering food and fluids, other problems may arise. Most problematically, the patient may make gestures or utterances that seem to contradict her prior instructions. Does such communication revoke the advance directive? A recent court case from the Netherlands suggests the answer is “no.” Once the patient reaches late-stage dementia, she is unable to knowingly and voluntarily revoke decisions she made with capacity. But the answer remains uncertain in the United States.

Thaddeus Mason Pope is an attorney.

Uber and Lyft are playing larger roles for Medicaid 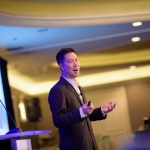