It is easy to feel the gravity that accompanies the act of caring for those whose souls are still stuck to the surface of the earth. Their nerves still feel. Their skin still bleeds. Their eyes blink, and their hearts beat. Their chests rise and fall and rest for a moment before this rhythm repeats. They cry when poked and, sometimes, ask if they are going to live or die, hoping that someone around them is privy to God’s grand production.

But when we met, life had already slipped the atmosphere and landed in a place that I cannot know. So, when my scalpel met your skin, you felt nothing. This is how dissection differs from surgery. Mistakes in both arenas lead to similar physical manifestations, but to make these mistakes on a living patient carries dire consequences.

Acutely aware of this, medical professionals devote their lives to the pursuit of perfection, beginning this practice early in our education. Many of us make our first cuts into human tissue during gross anatomy. We spend our free moments studying the tangles of nerves, vessels, and fibers coursing beneath our skin so we may be better prepared to navigate the human body safely.

One day, as a physician assistant, I will approach my work with the same vigor as I currently take my studies, knowing that my mistakes can hurt others, even cost them their lives.

But in our relationship, you were the selfless one. As I peeled skin and muscle from your body, scraped fat from your organs, and inevitably cut structures I shouldn’t have, it wasn’t my actions that were noble.

In fact, I often felt like an intruder, violating a once sacred space whose status depended on the flow of electricity and blood through the tissues. But because these elements were absent, I was granted permission to explore the layers of your body in the name of my medical education.

I was assured that, though it might take some time, many students eventually shed these uncomfortable feelings. So, I waited for the day that shucking fascia and identifying organs seemed like normal activities, and, eventually, I reached that point. I explored your depths with the same zeal as Captain Nemo, a man who feverishly zipped along the currents to find corners of a universe seen only by a privileged few. Like Nemo, I, too, felt a profound connection to the science and a palpable distance from humanity as the hours spent in the lab began to stack.

I tried to adopt stoicism, a technique I thought was warranted, but little details of your earthly experience were inescapable. It was these moments where I found myself grounded, once more, to an old version of myself, a prior identity who didn’t spend his free time patrolling Netter’s anatomical atlases and tracing arteries among the viscera. In these moments, I felt remorse, albeit fleeting after remembering why this work was important, because mistakes made here may prevent tragedy in the future.

I don’t know much about your life. I don’t know where you are from, if you had a family, children, hobbies. I don’t know if your life was cut short. But I do know that your lungs were dense and dark, not spongy and pink as they should have been. I know that you died of pneumonia and sepsis, this being the only piece of biographical information I received. I know that there was pain on your face when I finally had the courage to uncover it. My heart dropped at the sight, for I wished deeply that I could have helped in some way to soothe your distress. These details reminded me that despite a distinct lack of life, I was still responsible for caring for a human whose legacy deserves to be preserved.

I wonder if you knew what would become of your body after death. After spending hours digging and cutting apart tissue, donating one’s body to science has revealed itself to be an extremely humble way to give back to humanity. It is an acknowledgment that in death, we truly lose all control over our bodies. Giving up such control, especially making that decision while still living, must have been incredibly difficult. I believe this act to be heroic; it represents the ultimate gift one can give another.

Because, who knows what happens after we die? Does our soul divorce from our bodies? Or are we tied, still, to our earthly corpse in some way? Without knowing the answer to this, the greatest question of humanity, nobody can be sure whether burial, cremation, or other post-mortem practices have any effect on the quality of our eternal rest. How selfless it is, then, to relinquish control and allow your former self to be systematically dissected by first-year students whose medical careers are just being born.

I cannot know if somehow you felt the effects of our actions. I pray you did not, and I hope you understand that my intentions were purely educational. You should know that my smiles in the lab were in appreciation of the gift you bestowed upon me. Smiles in awe of science, dumbfounded by the masterful design of the human body. Forgive me for my frustration when your anatomy differed from the textbook, making dissections more difficult and tedious, cutting into time, which I felt should have been spent studying or sleeping. I hope I honored your decision, despite days in which I didn’t act as carefully as I could have, accidentally destroying pieces of you which should have remained in-tact.

But most importantly, thank you, I say, to a man who I do not know, but with whom I am intimately familiar.

Your blemishes and anatomical idiosyncrasies, which made you special to me, have also made an indelible imprint on my mind. I would not be the same person had we not met — if instead, I learned human anatomy on a virtual model, which some programs offer in place of a cadaver lab.

My greatest hope as an anatomy student is that I honored your life in a way that you’d approve of, or at least, had expected. I hope you knew that you would be used as a tool, and I hope that I wielded it appropriately.

It was a privilege to explore the beauty of the human body using your template, and now that we have finished, I hope you rest knowing that I owe a piece of my medical career to you, that I will never forget you and that your life, even in death, meant a great deal to me and my classmates. To you, my greatest teacher, whose name I don’t know, I say rest easy, at once and for all time. 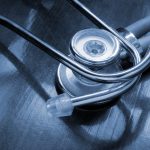 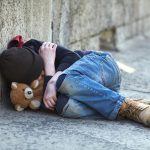