My first transgender patient was a teenager who said although he was born female, he’d protested his gender from the time he could talk. He told a story of being asked, “Well, if you are a boy, where is your penis?” and he pointed to his umbilicus (which was an “outie”). OK, no problem, we have a gender clinic I can refer you to.

When he came back and asked for help with the testosterone injections, we did that gratis (he had Medicaid, and it didn’t cover us injecting his testosterone.) That young person has been on testosterone long enough to have an unwanted side effect — stress incontinence. I prescribed topical estrogen, saying, “You have the urethra of a 70-year-old woman at this point.”

My second transgender patient came in with their mother, explicitly looking for a referral to the gender clinic. Also female at birth, but not as convincing, to me. However, mom was on board, and they had made up their minds, so I gave the referral. That one went on testosterone during their senior year in high school and got “top surgery” (a double mastectomy) during the summer before college.

They now hang out with a whole crew of trans-boys at college, joking about how they all have the same voice. (A female voice deepened by testosterone seems to end up sounding similar to other FTM voices most of the time.)

My third transgender patient was only 12, and the parents were split on what should happen. The dad was sort of like, “OK, I’ve got a son now — neat.” The mom was horrified. They brought their daughter to a gender therapist, and this therapist gave a gender dysphoria diagnosis within the first five minutes of the first session with the patient. The therapist gave a referral to the gender clinic, and “puberty blockers” were recommended. This didn’t happen. The mother had been doing some research into the side effects of puberty blockers, like Lupron, and this information changed dad’s mind.

The child has made a social transition (like multiple students at their school), but medical treatment is being put off for a few years. However, this kid recently told me that their FTM friend who moved to Los Angeles is being started on testosterone soon, age 13 in eighth grade.

My fourth transgender patient came in with her mom and little brother. She has a diagnosis of ASD but is high functioning. She is homeschooled and spends a lot of time online. I got her mom and brother out of the room and asked her what her goals were: did she want a beard? Oh no, she didn’t want a beard. Did she want a deeper voice? Yes, she would like a deeper voice. Also, she’d very much like to be taller. After I explained that medicine couldn’t make her taller (she was Tanner 4) and testosterone causes beardiness and acne in most, she decided she’d be happy with just working with a speech therapist to change her voice.

I’ve learned that if I refer a patient to the gender clinic, they are going to get the maximalist treatment. They’re not going to get any help figuring out if they really need the full medical/surgical transition. I am now wary of referring to the gender clinic. I’ve learned that there are hundreds, probably thousands of “detransitioners.” Many of them can be found at Reddit/detrans, which got up to 5,000 members in just 22 months.

I’m worried about the rapidly rising numbers of children being diagnosed as transgender and being treated with hormone blockers, cross-gender hormones, and surgery.

Julia W. Mason is a pediatrician. 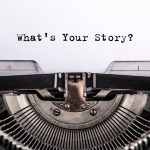 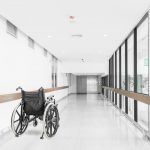 A physician is worried about gender transition in pediatrics
23 comments