Some weeks ago, this writer visited with a friend who had been admitted to an inpatient psychiatric unit of a New York hospital. The friend had been there for a few weeks. Other patients have been there for longer.

After spending approximately an hour with his friend, this writer was not allowed to leave the unit at the conclusion of his visit. It wasn’t until 15 minutes later that one of the hospital staff unlocked the door and allowed him to depart. On the way to the elevator bank, he casually asked a health care provider when the patients – some of whom had been there for weeks – were allowed to go outside. To his astonishment, he was told they are not allowed to leave until they are formally released.

Unlike the most hardened criminals – convicted murderers and rapists, amongst others, housed at maximum-security prisons – no patient on this particular psychiatric unit at this New York hospital is permitted to go outside under any circumstances. Ever. Patients are confined 24 hours a day, seven days a week to a relatively crowded and chaotic living space. These patients have no access to natural sunlight or fresh air, ever. Too often, this policy amounts to cruel and unusual treatment.

Of course, one can understand that in certain circumstances – for instance, if a doctor makes a determination that a patient is too great a threat to herself or to others – it makes sense that such a patient should be confined to a tightly controlled environment.

But certainly in the case of the friend, and based on observations of other patients throughout several visits, such risk factors didn’t seem to apply.

Simply because a patient is not currently able to function alone in an open society does not mean that patient is not capable of an occasional short supervised stroll outside the hospital to fill their lungs with fresh air and enjoy the sunlight to soothe his body and mind.

Almost any psychiatrist, psychologist or other mental health care provider would argue that institutional guidelines are just that – guidelines – and that there is no one size fits all policy when it comes to the treatment and housing of psychiatric patients.

A great deal of individualization and personalized care is incorporated into the treatment regimen. While it would be inappropriate to allow all patients to leave the unit, it’s inappropriate not to grant some patients the same right. A one size fits all policy is, in too many cases, inhumane and quite frankly, probably bad medicine.

One need only perform the most rudimentary of Google searches using the phrase: “Is lack of sunlight unhealthy?”, to learn of the ill effects of such treatment. Empirical study after study clearly demonstrate a causal relationship between lack of sunlight and, ironically, forms of clinical depression.

Thus, at this particular New York medical facility, patients are admitted to a psychiatric unit of a hospital, often because they are suicidal, depressed, or paranoid. And the hospital’s policy not to allow any patient to go outside for a few minutes a day – might very well be contributing to the patient becoming more suicidal, depressed and paranoid, precisely the very symptoms for which some of these patients were initially admitted!

This writer’s objective in bringing attention to this matter is not to criticize hospital staff. From what was observed in the unit, doctors, nurses, and support staff were intimately involved and cared deeply for their patients. This is a critique of a blanket hospital policy that is ill-suited to many individual patients and an attempt to advocate for some of society’s most vulnerable members.

It is sincerely hoped that this hospital as well as other inpatient facilities that forbid patients the basic right and human dignity to go outside, revisit their policies.

Many of these patients are already trapped in their own minds. It is both cruel and often bad medicine to trap them inside as well. 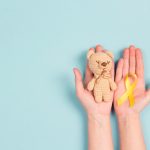 Overcoming the challenges prosperity can bring to teens and young adults 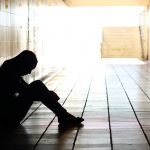