I yelled for the nurse as I wrapped my arms around Mr. John. He was suffering from a violent acute dystonic reaction from a dose of Haldol the night before. Severe muscle spasms overtook his entire body. I saw the whites of his eyes as his gaze shot to the ceiling. He had lost all control over his body — legs, torso, arms, neck, face, eyes.

“You got it, TJ!” Amar rushed out of the room and came back with a 50 mg Benadryl pill, along with my attending, Dr. Wayne, two residents, and three of my peers. Mr. John managed to swallow the pill, but his condition did not improve.

Amar gave the injection, and within a minute, the spasms stopped.

Suddenly, Mr. John stood up and started to walk erratically.

“I need to walk around man … I am never taking Haldol again … f— Haldol!”

For the next several minutes, Mr. John paced back and forth across the concrete floor. He shared a room with three other patients, one bed in each corner of the space. There was one small square window where light shone in, casting inadvertent shadows. Everyone in the room was scrutinizing his every step.

“I can breathe a little better now. I thought I was going to die.”

As everyone began filing out, I took a seat on the edge of Mr. John’s bed.

I had met Mr. John in the inpatient psychiatric ward soon after he was admitted from the ER. He was in a heated physical altercation with his parents that prompted them to take him to the hospital. When I saw him for his initial interview, he met all the criteria for an acute manic episode in the context of medication non-adherence: grandiosity, flight of ideas, decreased need for sleep, and paranoia.

“The U.S. government is corrupt, this is common knowledge to everyone, but no one is acting on it. You know I love technology, getting cerebral with my thoughts. But now, I want to use the internet less and think twice about what I am sharing online.”

“Do you think someone is out to get you?”

Two weeks prior, Mr. John had thrown out his lithium and Zyprexa medication bottles, which he’d been prescribed for his bipolar disorder. He felt the medications were interfering with his ability to work and think.

“I always feel my productivity tank when I am on those pills. I feel sleepy all the time. I’m really just not myself. I’ve only stayed on them for the last two years because of my parents. But two weeks ago, I was just so tired of being tired, I stopped taking them.”

After Mr. John’s first day on the floor, his aggression diminished, but he refused to continue taking one of his medications (Zyprexa) and his manic symptoms returned. The night reports from the nursing staff were identical: Mr. John continues to refuse the Zyprexa, exhibits self-talk, and paces around his room. He doesn’t sleep; he refuses meds.

I’ve been told many times that patients will sometimes leave against medical advice (AMA), with the chances being higher for psychiatric patients. My gut told me that Mr. John was going to leave AMA. The next morning, I planned to ask him what he thought of the unit and how his care had been so far. To my surprise, he answered my questions before I even had a chance to ask them.

“Hey, TJ! Of course! Looking great! How are you doing this morning?”

“I’m doing great, how about yourself? Did you sleep last night?”

“Feeling fantastic! Ready to take on the day. I think I got like an hour of sleep, but who knows. My roommates are quite the snorers. By the way, I’m ready to go home; I’ll be leaving today. I want to go back to the real world and restructure my life.”

I felt shocked. I looked at Mr. John as he spoke to me, and while he looked better, he didn’t look ready to go home. “Why do you want to go home today?” I said, hoping to spark a discussion that might give me an opportunity to change his mind.

“I feel that everything that can be done for me has been done, and for the rest of me to get better, I have to come home today.” Mr. John’s voice was clear and confident. “I need to get back to my own environment that I am comfortable in. I’ve had a really great time here, honestly, but it’s time for me to leave.”

“Let me talk with Dr. Wayne and the rest of your care team,” I said, hoping to put off what was probably inevitable. “I’d like them to weigh in on your request to be discharged.” I made a move toward the door.

“No need to talk with your team. I saw Dr. Wayne earlier this morning and told him my wishes.”

Mr. John withdrew his consent for voluntary admission that afternoon and would not agree even to stay to have his lithium levels checked. When Dr. Wayne spoke with Mr. John and explained both the risks of not staying and the benefits of staying, Mr. John continued to refuse. He signed his four-hour letter, shook some hands and left (though he promised that he would come to the ER if he felt his symptoms were worsening and said that he was very thankful for everyone’s efforts. He even wrote a short letter to Dr. Wayne, expressing his gratitude).

My time with Mr. John taught me that some patients will agree with the treatment plan, and some will leave AMA. Unfortunately, that is something I need to be OK with as a future internist. As long as the patient is fully informed of all the treatment options and the risks and benefits for each, as long as everything is documented in the EMR, and as long as the treatment team has made a reasonable and good faith effort on the patient’s behalf, nothing else can be done. The patient’s autonomy must always be respected.

My experience with Mr. John left me with so many questions. What is patient autonomy? How can I both show respect for the patient as a fellow human being and provide the best medical care? 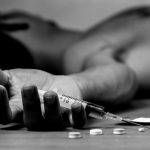 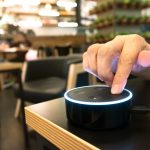