The field of teratology (also known as dysmorphology) is rapidly growing with daily innovations in prenatal medicine, genetics and preventive care that show its uniquely intersectional nature.

But, the term teratology, and its derivatives teratoma and teratogen — derived from the ancient Greek root teras — do not do justice to the promising future of this field.

I would like to see the field move away from this term for two reasons.

First, I argue it is historically problematic and unnecessarily pejorative.

Secondly, it is scientifically ambiguous, inadequate to capture the spectrum of natural variation between human beings. For both reasons, the medical community should reconsider this term, for the sake of patient dignity and medical accuracy. As with the term dysmorphology, the longstanding tension in naming within this field is a product of a tension in medicine between diversity and pathology that remains unresolved.

The debate over naming within teratology/dysmorphology is nothing new, with calls for change echoing back over 50 years. Dr. David Smith, in 1966, penned a landmark article entitled “Dysmorphology (teratology)” arguing that the medical community stop using the term teratology in favor of the more general term dysmorphology.

Dr. Smith is recognized today for both the discovery of fetal alcohol syndrome and for establishing teratology as a modern medical discipline. A major theme of his work was that both genetic and environmental factors in utero can alter a baby’s life health trajectory, and because of this discovery, countless human lives have been improved. It was clear that this field, combining embryology, genetics and developmental biology with preventive medicine, deserved a name to its own. He recognized that teratology, the name commonly used for this field at the time, was insufficient and warned against its continued use.

Fifty years later, we have adopted Dr. Smith’s framework of teratology as a distinct discipline but have largely forgotten the troubled history of this word.

First, it is worthwhile to consider the etymology of teratology, teratoma, and teratogen. The first instance of the root teras in the Western canon was in Homer’s Iliad, where the Trojans see an eagle attack a snake over their rampart and, in return, is bitten and killed by that snake. “The Trojans shuddered when they saw the writhing snake lying in the midst of them,” Homer writes, “an ill omen (teras) of Zeus.” This points to the malevolent nature of this vision; it is a warning to the Trojans of coming misfortunes. Teras, in its original sense, is both wondrous (in that it is beyond human comprehension) and terrible.

Around 1842, scientists began referring to “teratology” as the study of physiological abnormalities, with its original use lost to history. The contemporary use of this term in the 19th century refers to infants with severe facial differences and suggests abnormality, weirdness, mysticality, and ominousness.

The term was intermittently used in the scientific vernacular from that point forward, increasing in popularity after Dr. Smith’s article despite his argument. In any case, to refer to human beings as “monsters” or “wondrous oddities” or “omens” is unnecessarily pejorative, even if is done in a dead language.

The second issue with the term teratology and its derivatives teratogen and teratoma lies in its scientific ambiguity.

According to the Teratology Society, the field is concerned with “the causes and biological processes leading to abnormal development and birth defects at the fundamental and clinical level.” The processes described are heterogeneous, including extrinsic drivers (pregnancy complications and toxins), intrinsic drivers (genetic variation) and others that do not fall comfortably into either category (epigenetic factors such as maternal stress).

To address this in the 1960s, Dr. Smith proposed the use of the term dysmorphology, a “failure of structure,” which to him was more general and carried less stigma.

However, dysmorphology only partially solves the problems raised by teratology. One key issue common to teratology and dysmorphology is the difficulty in drawing boundaries around what is or is not included when we frame these terms in this manner.

As the understanding of human genetics has evolved over the latter 20th and early 21st centuries, the medical community has come to appreciate the extent of genetic and morphological diversity among human beings. The discovery of epigenetics has added a new layer of complexity to this picture. Should epigenetic variation and its impacts in utero be considered a “process of abnormal development?”

Does dysmorphology, with its emphasis on structure, account for the neuropsychiatric outcomes of fetal alcohol syndrome such as ADHD?
These are not structural variations, and yet they represent pathologies driven by a known impact of the environment on developing humans.

This suggests that the underlying problem with dysmorphology is its attempt to define the field in the negative, namely, that the differences observed are fundamentally wrong or bad.

To further illustrate this problem, let us consider a common experience in medical training: the difficulty in identifying small arteries. Arteries tend to develop along particular pathways, but it is common knowledge among pathologists that minor vascular differences are the rule, not the exception. For the majority of patients, these anomalies are discovered only on autopsy, as they have no impact on lifetime health trajectory.

Anatomists tend to select a neutral baseline when defining a pathological variation. In the same vein, there is a need in medicine to compare human bodies to a prime “correct” body, a Vitruvian man, while increasingly understanding that such a man does not really exist.
Moreover, this problem points to a deeper question about the binary medical paradigm of “normality” itself. Physicians often use the terms “normal” and “healthy” interchangeably and likewise “abnormal,” “unhealthy,” and “pathological.”

As physicians, we often talk about biological diversity with negative connotations regardless of whether it has an impact on the overall quality of life. A specific example of this is found in congenital heart anomalies. Physicians rarely refer to a bicuspid heart valve as a “defect,” and yet this is a birth difference that affects the health trajectory later in life in the form of aortic stenosis — much more “defective” in a functional sense.

It seems that the most consistent medical definition of teras and dysmorphism is as a negative, a lack of normality, but it is unclear what “normal” refers to when talking about a human body.

To compound this, medicine tends to have a functionalist perspective on disease, framing problems as fixable versus un-fixable, but it does not accommodate well to talking about natural variation that does not affect health trajectory. In response to this, the medical system tends to view the healthy body as a monolith, unchangeable and perfect, and to categorize the variations from this monolith as aberrant.

The study of the processes that drive variation in human development is a dynamic field with a promising future in improving human life. As such, it deserves a name that captures the breadth of this subject matter without assuming that biological diversity among human beings equates to pathology.

Both teratology and dysmorphology contain this assumption in different forms. The term'”birth difference” is already increasing in use, and captures the spirit of this argument. To supplement this, I propose the use of a term for the field that highlights variation without implying pathology: heterology, stemming from the Greek root for “the study of variation.” This term addresses the negativity of definition, the etymological baggage, and the assumption that difference equates to pathology that is inherent in the older words. As this intersectional field moves into the future and finds ever more processes affecting human life and development, it deserves an inclusive — rather than exclusive — means of talking about itself.

Arthur Lenahan is a medical student.

Hopefully, learning this physician's secret will help you 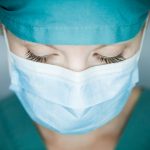 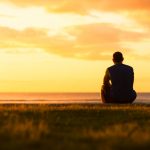 The fraught history of the word, “teratology”
1 comments