The Medical College Admission Test (MCAT) should be abolished. This single test — which ranks students by the science they’ve learned before going to medical school — prevents the physician population in the U.S. from looking like the population it serves. Underrepresented minority students have lower scores on all standardized tests. And the MCAT is no exception. When medical school admission committees use the MCAT as a screening tool to determine who gets into medical schools or not, they rob many aspiring physicians, especially those who are underrepresented minorities, of their dream to become a physician.

I was one of those applicants whose MCAT test scores did not represent my academic performance. I was fortunate enough to be accepted to a medical school that waived the MCAT. I am now an associate professor at an Ivy League medical school and affiliated hospital caring for patients, and teaching to medical students and residents. I have served as director of our primary care center and hold a number of high-level leadership positions that focus on diversity, equity, and inclusion.

In these roles, I get to know many aspiring physicians who struggle with standardized tests. Many are overcome by a sense of incompetence when they compare their test performance to that of their peers, even when their overall performance is just as good or better. The average MCAT score in 2017-18 was 511 out of a maximum score of 528. One student I know who has a PhD in biomedical engineering applied to medical schools and her top school notified her in writing that applications with an MCAT score below 500 would not be considered. This student decreased her work hours, took out a loan to pay for formal review courses, and hired a tutor. She studied long days for months and practiced hundreds of questions per week. She has taken the MCAT twice and is planning for a third time, hoping for a more competitive score.

There are many stories like this: smart, high-achieving students blocked from becoming a physician by a low MCAT score. But is this how a medical student applicant should spend her time preparing the strongest application possible? No. Does a score below 500 mean this student is not competent to be a physician? No, not at all. To me, her persistence demonstrates determination and a strong aspiration to become a physician, characteristics more useful in this career than a facility for test-taking.

To be sure, the MCAT simplifies the admissions screening process and is good at predicting student performance on other standardized tests. But the MCAT score correlates poorly with overall performance in medical school and beyond. The combination of grade point average, personal statement, conversations with writers of letters of recommendation, and time spent in clinical settings are much more predictive of future performance as a physician.

No one argues against the need for numerous hours and resources to prepare for the MCAT. The question is: Should this be the most important number in the application? It certainly is now.

The Association of American Medical Colleges (AAMC) data from 2017-2019 showed that the admission rate for students with an MCAT score of 501 or less was, on average, only 11% compared to the 56% rate among students with a higher score. A separate AAMC report showed that underrepresented minority students (American Indian or Alaska Native, Black or African American, Hispanic/Latino, Native Hawaiian or Other Pacific Islander) have a 38% rate of acceptance to medical school compared to the rate of 45% among the well-represented students (Asian and White).

The utility of college entrance examinations such as the SAT and ACT is similarly in question, with several colleges and universities considering alternatives. In addition, the College Board now provides an “adversity score.” Medical schools can also choose to follow the example of the FlexMed Program at the Icahn School of Medicine at Mount Sinai, where undergraduate sophomores from any major can apply without the MCAT. An evaluation confirmed that the overall performance of medical students did not differ between FlexMed students and those admitted using traditional criteria.

So why is the MCAT still so important? In addition to simplifying the admission process, it is a business. Administered by the AAMC with a price tag ranging from $315 to $480 for each of the nearly 96,000 applicants who took the MCAT over the last two years, it is a substantive source of revenue for the AAMC. The AAMC also offers preparation packages such as the Complete Official MCAT Prep Bundle for $268. Other companies such as Kaplan offers preparation courses with costs ranging from $2,500 to $13,500.

While some would argue that the MCAT standardizes curricula across colleges and universities, it does not take into account the barriers to students’ performance on standardized tests. A low MCAT score does not translate into poor performance in college. I, the many students I work with and the over 10,000 students who applied to medical school within the last two years with a GPA of 3.60 or higher and MCAT scores 501 or lower are good examples. If the AAMC truly endorses a holistic approach, it should abolish the MCAT and dedicate additional resources to identifying admission criteria that strongly correlate with applicants’ actual performance in medical school and beyond.

Nobody needs the MCAT — not the schools that have plenty of other ways to determine the best candidates and certainly not the students who spend money and devote countless hours preparing for it. 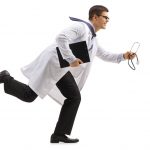 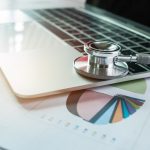