Emory University medical fellow Dr. Nicole Herbst was shocked when she saw three patients who came in with abnormal results from chest CT scans they had bought on Groupon.

Similar deals have shown up for various lung, heart and full-body scans across Atlanta, as well as in Oklahoma and California. Groupon also offers discount coupons for expectant parents looking for ultrasounds, sold as “fetal memories.”

While Herbst declined to comment for this story, her sentiments were shared widely by the medical community on social media. The concept of patients using Groupons to get discounted medical care elicited the typical stages of Twitter grief: anger, bargaining, and acceptance that this is the medical system today in the United States.

But, ultimately, the use of Groupon and other pricing tools is symptomatic of a health care market where patients desperately want a deal — or at least tools that better nail down their costs before they get care.

“Whether or not a person may philosophically agree that medicine is a business, it is a market,” said Steven Howard, who runs Saint Louis University’s health administration program.

By offering an upfront cost on a coupon site like Groupon, Howard argued, medical companies are meeting people where they are. It helps drive prices down, he said, all while marketing the medical businesses.

For Paul Ketchel, CEO and founder of MDsave, a site that contracts with providers to offer discount-priced vouchers on bundled medical treatments and services, the use of medical Groupons and his own company’s success speak to the brokenness of the U.S. health care system.

MDsave offers deals at over 250 hospitals across the country, selling vouchers for anything from MRIs to back surgery. It has experienced rapid growth and expansion in the several years since its launch. Ketchel attributes that growth to the general lack of price transparency in the U.S. health care industry amid rising costs to consumers.

“All we are really doing is applying the e-commerce concepts and engineering concepts that have been applied to other industries to health care,” he argued. “We are like transacting with Expedia or Kayak while the rest of the health care industry is working with an old-school travel agent.”

A closer look at the deal

Crown Valley Imaging in Mission Viejo, Calif., has been selling Groupon deals for services including heart scans and full-body CT scans since February 2017 — despite what Crown Valley’s president, Sami Beydoun, called Groupon’s aggressive financial practices. According to him, Groupon dictates the price for its deals based on the competition in the area — and then takes a substantial cut.

“They take about half. It’s kind of brutal. It’s a tough place to market,” he said. “But the way I look at it is you’re getting decent marketing.”

Groupon-type deals for health care aren’t new. They were more popular in 2011, 2012 and 2013, when Groupon and its then-competitor LivingSocial were at their heights. The industry has since lost some steam. Groupon stock and valuation have tumbled in recent years, even after buying LivingSocial in 2016.

Groupon did not respond to requests for comment on how many medical offerings it has featured or its pricing structure.

“Groupon is pleased any time we can save customers time and money on elective services that are important to their daily lives,” spokesman Nicholas Halliwell wrote in an emailed statement. “Our marketplace of local services brings affordable dental, chiropractic and eye care, among other procedures and treatments, to our more than 46 million customers daily and helps thousands of medical professional[s] advertise and grow their practices.”

In Atlanta, two imaging centers that each offered discount coupons from Groupon said the deals have driven in new business. Bobbi Henderson, the office manager for Virtual Imaging Inc.’s Perimeter Center, said the group had been running the deal for a heart CT scan, complete with consultation, since 2012. Currently listed at $26 — a 96% discount — more than 5,000 of the company’s coupons have been sold, according to the Groupon site.

Brittany Swanson, who works in the front office at OutPatient Imaging in the Buckhead neighborhood of Atlanta, said she has seen hundreds of customers come through after the center posted Groupons for mammograms, body scans and other screenings around six months ago.

Why did the company choose to make such discounts available?

“Honestly, we saw the other competition had it,” she said.

A lot of the deals offered are for preventive scans, Swanson said, providing patients incentives to come in.

But Dr. Andrew Bierhals, a radiology safety expert at Washington University in St. Louis’ Mallinckrodt Institute of Radiology, warned that such deals may be leading patients to get unnecessary initial scans — which can lead to unnecessary tests and radiation.

“If you’re going to have any type of medical testing done, I would make sure you discuss with your primary care provider or practitioner,” he cautioned.

Appealing to those who fall into the insurance gap

Because mammograms are typically covered by insurance, Swanson said she believes OutPatient Imaging’s $99 Groupon deal is filling a gap for women lacking insurance. The cost of such breast screenings for those who don’t have insurance varies widely but can be up to several hundreds of dollars without a discount.

Groupon has long been used to fill insurance gaps for dental care, Howard said. He himself often bought such deals over the years to get cheaper teeth cleanings when he didn’t have dental insurance.

But advanced medical scans involve a higher level of scrutiny, as Chicagoan Anna Beck learned. In 2015, she and her husband, Miguel Centeno, were told he needed to get a chest CT after a less advanced X-ray at an urgent care center showed something suspicious. Since her husband had just been laid off and did not have insurance, they shopped online for the cheapest price. They ended up driving out to the suburbs to get a CT scan at an imaging center there.

“I knew that CT scans had such a wide range of costs in a hospital setting,” Beck said. “So going in knowing that I could price-check and have some idea of how much I’d be paying and a little more control” was preferable to going to the hospital.

On the drive back into the city, the center called and told them to go straight to the hospital — the scan had discovered a large mass that turned out to be a germ-cell tumor.

Fortunately, Centeno’s cancer is now in remission, Beck said. But their online shopping cost them more money than if they’d gone straight to the hospital initially. The hospital gave them charity care. And although Beck took along a CD of the scans Centeno had found online, the hospital ended up taking its own scans, as well.

“You’re trying to cut cost by getting a CT out of the hospital,” she said. “But they’re just going to redo it anyway.”

A pediatrician speaks out against combining sibling appointments 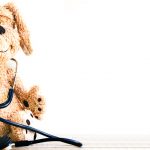 How the ritual of handwashing affected this medical student 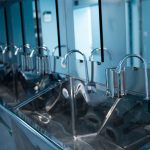