The first two years of medical school are geared towards learning enough so you can pass your first round of boards. All the sleepless nights and the tears can be overwhelming, but to finally get to the finish line is an incredible achievement. It reinforces that these first two years were worth it and that you learned some things along the way.

However, some students don’t receive the same good news. I recently sat down with a friend who found out their Board scores didn’t make the cut. They wanted to share their experience and asked to be identified only as “SJ” for the purpose of this piece.

Thank you for speaking with me on this topic. Can you first give me some background on what type of student you were during your didactic years?

SJ: Yeah sure, I wasn’t at the top of the class by any means. I was somewhere in between the bottom half and top 75 percent. I never failed any classes, but I came pretty close a time or two. I also struggled with testing anxiety, and I have a learning disability which complicates things. I worked extremely hard but only had about a 3.0 GPA.

Wow, a 3.0? I would say that isn’t too bad at all. Tell me about the moment when you found out about your Board scores?

SJ: Failing wasn’t even on my radar. It was truly heartbreaking. It was like a bad dream that I couldn’t wake up from. I wanted so badly for it all to be a sick joke, but it was my new reality. The pain was worse than any breakup I had ever experienced. For lack of a better analogy, it was like having a career miscarriage. I was completely devastated.

SJ: I contacted my family and close friends to tell them what happened. I cried … a lot! I sank into one of the deepest depressions. All I wanted was to be sedated. Thankfully I wasn’t suicidal, but I could easily see how someone could become that way after a blow like this.

What was hurtful during this entire process?

SJ: Things that were hurtful included my family asking, “so what happens now?” I know they were just trying to get their questions answered, but it was absolutely awful. I didn’t have an answer, and that made it much scarier. My medical school and hospital rotation administration also treated me like an idiot and like I was a burden to them. That was the worst part about this entire thing. No one was sympathetic. Everyone just kept telling me how much harder it would be for me now on. It made me want to throw in the towel, but then I remembered why I wanted to be a doctor. I refuse to give up on myself.

What were things that you found helpful?

SJ: Helpful things included people just being there for me whether I needed to cry or vent. I went over to a friend’s house, and she just let me cry. She told me things happen for a reason. This is just a bump in the road and that eventually, I would see a light at the end of the tunnel. I’ve also had a couple of doctors reach out to me and tell me their stories. I really found comfort in that. It was nice to know that this wouldn’t exactly kill my dream of becoming a physician.

How are you feeling now?

SJ: Don’t get me wrong, I don’t feel great, but I’m taking it one day at a time. I’m still angry as to how people treated me, but I’m also learning to accept the apologies that I will never receive.

What advice would you give to someone who also just found out that they failed their boards?

SJ: First, give yourself a few days to cry and be angry. Second, after that take a whole week off and just do whatever it is you want to do. You deserve at least that. Come back and figure out why you failed. Then create a plan to attack the boards head-on. During this journey, tell yourself that everything happens for a reason and believe it. You will want to sit there and tell yourself that you aren’t good enough or smart enough for medicine. If that were the case, you wouldn’t have made it through the first two years of medical school. Take things one day at a time. I promise it will get easier.

Why do you think it was important to share your experience?

SJ: I want people to know that this could happen to anyone. Like I said before, failing wasn’t even on my radar. I think people should also know that we are human, and things happen. The doctors that reached out to me didn’t want me to reveal to anyone that they too had failed a portion of their boards at one time or another. After all these years, they were still embarrassed for people to know and I think that’s sad. For people that already struggle with mental health, this could send them into a spiral. I also want medical school and hospital rotation administration to know what it feels like to be on the receiving end. I understand the seriousness of these results, and I don’t want to be treated like I was being irresponsible. Show some compassion.

I want to thank SJ for sharing their story with me and allowing me to write about it. This experience in medical school rarely gets talked about, and it’s important we realize the impact that it has. Mental health seems to get tossed aside a lot when it comes to training in medicine. I hope if you are in this same situtation that you can find some comfort from this mini-interview.

The author is an anonymous medical student who blogs at MyOsteoPATH. 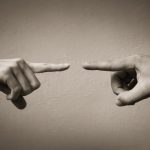 There's a lot about medicine that is pretty good. Sometimes we need a little reminder. 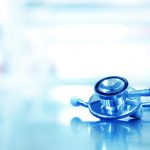