The machine beeps alarmingly as it breathes for your child. The various numbers on the monitor are foreign to you, but you know something isn’t right because the nurse briskly walks away from the stretcher to grab the doctor, who then orders more medication and makes adjustments to the machine. The beeping stops, and the anxiety eases from the staff.

The official in business clothes — standing next to you silently throughout the event — suddenly reminds you about the clipboard in your hands. You sign the transfer agreement, and with an apologetic look, the official walks away as the ambulance crew begins the process of transferring your child to the charity hospital an hour away; it was the only hospital that accepts admissions of patients without insurance.

Does this sound familiar to you? Prior to 1986, it very well might have. During the year 1985, Congress passed the Consolidated Omnibus Budget Reconciliation Act or COBRA as we all know it now. It was passed through fairly quickly and among other things, mandates an insurance program which gives some employees the ability to continue health insurance coverage after leaving employment. Whenever you face sudden changes to your job, you can apply for COBRA to get extended benefits. It also includes amendments to the Employee Retirement Income Security Act of 1974, Title X, tobacco price supports, etc.

What COBRA also did is a little less well-known to those outside the medical community — it created the Emergency Medical Treatment and Active Labor Act, or EMTALA. It requires hospital emergency departments that accept payments from Medicare to “provide an appropriate Medical Screening Examination (MSE) to anyone seeking treatment for a medical condition, regardless of citizenship, legal status, or ability to pay. Participating hospitals may not transfer or discharge patients needing emergency treatment except with the informed consent or stabilization of the patient or when their condition requires transfer to a hospital better equipped to administer the treatment.”

The purpose behind EMTALA

What this law essentially boils down to, is that no one can be turned away from seeking medical care in any hospital in the U.S., and is designed to prevent hospital “dumping.” Dumping refers to our hypothetical case where a patient who has no defined means of payment is refused admission to a hospital and “dumped” on another hospital in the form of an inappropriate transfer.

The most significant effect of this law is that it provided access to care for the uninsured/underinsured, and established a safety net for society. Congress has since passed amendments to the law of which deal with teasing out what qualifies as stable, allowing hospitals to more accurately verify when their obligation to EMTALA is met; and whether or not a hospital and physician meet EMTALA requirements is a big deal — physicians alone can be fined $50,000 if they are found in violation of EMTALA.

The burden of EMTALA primarily falls on emergency departments. The majority of the language centers on patients presenting for emergency care. It is up to doctors to determine if that care meets the requirements for further stabilization and treatment, which is determined through an appropriate exam, which in turn can lead to more testing and a hospital stay.

So where does all the money to fund this law come from? Prior to the ACA being passed, there were methods to help compensate hospitals for their EMTALA obligations. However, these funds have dwindled because the ACA cut off funding, assuming states would expand their Medicaid program. Not all states have, causing the cost of uncompensated care to skyrocket. According to a 2003 study from the AMA, the number for uncompensated care was estimated to be about $4.2 billion. In 2013, the U.S. Department of Health and Human Services estimated that number to have increased to $50 billion. Many rural ERs are especially feeling the burden with terrible results; as many as 100 rural hospitals have closed since 2010.

Rural hospitals aren’t the only facilities at risk. In July 2019, Hahnemann University Hospital in Philadelphia announced it would be closing its doors after financial pressures were too great. Its closure is being felt by many in the community. Slated for closure this month, several hospitals in the area are already seeing their volume increase leading to strained resources. While more customers might generally mean more revenue, the problem is Hahnemann treated some of the city’s poorest, sickest residents — residents that rely on Medicare and Medicaid to help with their care. This means more patients consuming health care without the hospital being fully reimbursed for their services.

EMTALA’s roots are based on good intentions. No hospital or physician should refuse to treat patients in an emergency just because they are unable to pay. Action must be taken for the safety net of American health care to remain solvent, otherwise many other hospitals across America will continue to shutter its doors, leaving patients out in the cold.

Mark Pappadakis is an emergency physician. 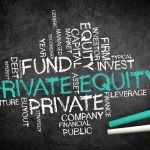 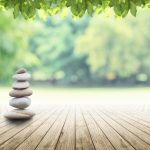 An important health care safety net is at risk
2 comments