I walked into the room and said: “Hi, Jason.”

“Do you think it’s deep enough to need stitches? I am really scared of needles,” was his reply to me.

I said, “Why don’t you let me take a look, and we can both come up with a plan of how to make it look better?”

“So do you think it needs stitches or not? I’m really scared.”

After taking a good look at his laceration, I said to him: “Actually, Jason, it is very superficial, which means it doesn’t need stitches. We do need to clean it though and put a clean dressing on it.”

“That’s fine, anything but a sharp needle works for me.”

After this was sorted out, he blurts out, “I’ve seen you before. I think you took care of me the last time I was here, not too long ago.”

Yes, you do look familiar, Jason.

I had reviewed his chart prior to evaluating him and had seen him during a previous visit. He would actually own a “frequent flyer card” for patients who come in for behavioral problems if there was one.

From his records, he never fully engages in discussions with providers and other staff when he comes to our emergency room and somehow manages to be discharged home safely to his mother on the grounds that he didn’t mean his threats of self-harm, suicide or homicide.

Unfortunately, this time, he went a step further than his usual anger outbursts; he cut his wrist with broken glass.

Today also happened to be the day he said the most words to myself or any of the staff taking care of him. He had asked for snacks and some paper to write on prior to my evaluation.

He continued: “Do you know why I cut myself today?”

“My life is hard! I never knew my dad, and I think my mom has it so rough. It’s hard to keep up with her boyfriends or at least the ones she brings to our home. I think there might be some form of money they bring to our home. There’s a recent boyfriend who has stuck around for the past few weeks. He even got me a toy to play with, but that ended up getting thrown at my mother during one of their fights.”

It seems as if she believes and loves him more than he does my sister and I. I thought that acting out and fighting my way through will make her hear me out, but I think these days she doesn’t even seem to care any longer. Yesterday, she said she was tired of my ’empty threats’; that I was too weak to do anything.

I guess I wanted to show her I was strong, and I also wanted to know what it felt like to do what everyone else talks about and does. But now, I don’t know what to think. I guess I’ve become one of those kids who ‘cut.'”

“I know doctors fix people; any chance you can make be a normal nine-year-old with a normal family?”

At that point, I couldn’t have been more eager to answer my pager. The sword of sadness was already jabbing through my chest — hearing a kid same age and physique as my son, tell me how hard and unfair life has been to him. But sad at it may sound, Jason’s truth continues to be the life of many children.

Jason didn’t need stitches, didn’t need his vaccines updated, nor was he at risk of infection.

But he is at risk for worse: recurrent self-harm behaviors, being classified as one of the kids who self-harm, bullying at school for having mental illness. He has become a part of the increasing number of children and youth who engage in non-suicidal self-injury. But more alarming is, he has become at risk for suicide. Self-inflicted injury is one of the strongest risk factors for suicide — the second leading cause of death among those aged 10 to 24 years.

Deep down, all Jason wants is parental love and guidance; a stable and safe home; a school with friendly mates and supportive teachers that can groom him into a great leader someday; parks and games that allow him to be a normal nine-year-old.

Jason might never know what the life of a “normal kid” looks like — having been dealt with a pack of unfair life cards that are mostly irreversible. His poor social determinants and his exposure to adverse childhood experiences (ACE) already have a stronghold on his health, and we can only be hopeful it won’t last a lifetime.

The bottom line is that the odds of seeing Jason again in my emergency room for the same medical diagnosis remains pretty high.

He would grow to have more “Jasons” who might pass through the same cycle of poor social determinants and will require and same hospital visits and evaluation again.

Medicine must stop eating its own 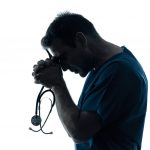 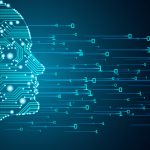 A patient confesses that he cuts himself
2 comments