I’ve always felt lucky and relieved when a cardiologist told me I seemed to be fine despite my heart condition. My condition, referred to as congenital, complete AV block, is estimated to affect between 1 in 15,000 to 22,000 live-born infants. The electrical block is more commonly seen among older, adult patients where it presents an acute pacemaker indication.

Researchers don’t know very much about what causes the condition prenatally or in children. Its presentation has been associated with: 1) exposure to autoantibodies in mothers with lupus erythematosus and Sjogren’s disease; 2. congenital heart defects; and, 3. rare genetic syndromes. As far as I know, none of these groups apply to me.

I have no signs or symptoms other than a slow pulse (my current average heart rate is about 50 bpm) and cannon A waves (irregular pulses of blood in my jugular vein visible on my neck). My family physician and life-long friend first diagnosed me when I was about 12 months old. The ECG she ordered after noticing that I had a slow pulse for an infant, showed that my atria and ventricles contract independently of one another. This situation is caused by a block of the electrical impulse from my right atrium (upper chamber) down into my ventricles (lower chambers). Because of the blocked pathway, I depend on electrical impulses from a node lower in my heart, which enables it to contract functionally, albeit at a slower rate.

As an internal medicine intern, I have access to UpToDate, an evidence-based, point-of-care medical resource used by physicians all over the world. I read the UpToDate article on congenital heart block during medical school but decided to revisit it one day after work a few months ago. In the article, I came across a study that followed 102 patients with congenital heart block over 30 years. Eight of these patients died suddenly (sudden cardiac death), and six of them had never had a syncopal episode (sudden loss of consciousness) before. The following sentence summed up the gravity of what I had read:

“Even patients who have been asymptomatic through childhood are at an increased risk of sudden death.”

As I read, anxiety flooded over me, and one question after another streamed through my conscience. The study was published in 1995. Why hadn’t I come across it before? And why hadn’t any of my cardiologists mentioned it? Surely, they wouldn’t have advised me the way they had if they were aware that an estimated 5 to 6 percent of patients die without ever having a symptom. I made an appointment with a cardiologist and sensed that I was entering a significant chapter of my personal life.

After a physical exam, an echocardiogram and an appointment for a Holter monitor (24-hour ECG), the cardiologist remarked that he didn’t think there was any reason to get a pacemaker implanted. I reiterated that the study I had placed on his desk concerned me. He agreed to take a look at the study and remarked that he would also contact a specialist in the field of cardiac electrophysiology.

I felt a sense of relief until my next appointment when I received the recommendation to get a pacemaker. Fear welled up inside me, and after swallowing a lump in my throat, I agreed to have my history and test results transferred over to the electrophysiologist who could explain more about the recommendation.

In the days that followed, I thought about how thankful I was to have lived so long without a pacemaker but also continued to wonder why my previous cardiologists had advised me the way they had.

I think I was always glad to embrace the idea that I was fine and trusted that my cardiologists would inform themselves about current treatment recommendations. But how do physicians accurately assess when they need to inform themselves about a medical condition? Do their busy work environments change how they think about and research treatment options for their patients? In my experience, work environments fundamentally influence medical practice.

Maya Cosentino is a child and adolescent psychiatry resident.

A critical discussion is needed about planned death 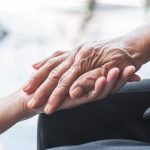 The calm before the hospital 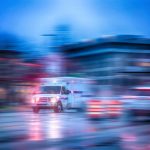