I wrote about this topic a few years back, but the recent outbreak of measles has once again ignited the debate of just what the government has the right to do or not do in compelling individual actions in support of public health. This is an old question, and it’s worth considering it in historical context.

One aspect of the endless vaccine debate is the aspect of coercion some parents feel about requiring children to be vaccinated before they can go to school. Vaccination is mandated for school attendance in all states. But this isn’t really an absolute requirement. Although all 50 states ostensibly require vaccination, all but 5  (Mississippi, West Virginia, and more recently California, New York, and Maine) allow parents to opt-out for religious reasons, and 15 states allow this for philosophical reasons. Still, in general, vaccines are required unless the child has a medical reason not to get them, such as having a problem with the immune system. Is this an unprecedented use of state power? I don’t think it is.

In fact, historically there have been many examples of the government inserting itself into healthcare decisions of individuals and families in order to protect the public health. Some of these go back many years. Quarantine, for example, goes back to medieval times, centuries before the germs were discovered. It has since 1944 been a power of the federal government; federal agents may detain and send for medical examination persons entering the country suspected of carrying one of a list of communicable diseases. Quarantine has also been used by local and state governments, particularly in the pre-antibiotic era. Measles is a good example, as you can see from the photograph above. Quarantine can be abused, and has in fact been abused in the past for discrimination against certain minority groups.

Seaports have long been sites of quarantine enforcement. In colonial Pennsylvania, for example, ships bound for Philadelphia had to stop at an island in the Delaware River for up to 30 days to ensure they were not carrying any disease. Note that an island was chosen since it is easier to isolate ships there. During the cholera epidemics in the mid-nineteenth century the quarantine of ships arriving from abroad was common. It should be noted though that, prior to the acceptance of the germ theory, enforcement of quarantine was at least as concerned with the cargo as it was the persons on the ship. But the legality of the practice was well accepted.

Laws requiring mandatory vaccination have been around for over a century. Some opposition to them has been around just as long. The constitutionality of these laws was affirmed in the famous decision by the Supreme Court in 1905: Jacobson v. Massachusetts. The case in question concerned smallpox vaccination, and of course, we have many more vaccinations now. There have since been multiple cases concerning mandatory vaccination for school attendance; in all cases, the courts have ruled in favor of these mandates. If you are interested in reading deeper into this controversy, a good person to consult is Professor Dorit Reiss, a law professor at the University of California. She has devoted her career to examining vaccine law and politics.

Of course, the government mandates many things for the protection of public health. Milk is pasteurized (although there are raw milk enthusiasts who object — and many of whom get sick as a result), water is purified, and dirty restaurants can be closed. Like quarantine, these measures restrict our personal freedom a little, but what about government-mandated medical treatment? That sounds a bit more like the situation with the compulsory vaccination of children. As it happens, there are more recent examples of compulsory treatment, particularly involving tuberculosis.

A couple of decades ago, I was involved in a case of a woman with active tuberculosis who refused to take treatment for it. Worse, her particular strain of TB was one highly resistant to many antibiotics, so if that spread, it would represent a real public health emergency. The district judge agreed. He confined the woman to the hospital against her will so she could be given anti-TB medications until she was no longer infectious to others. At the time, I thought this was pretty unusual. When I looked into it, though, I found that there have been many instances of people with TB being confined against their will until they were no longer a threat to others. The ABA link above lists several examples of this.

So it’s clear to me there is a long tradition of the state restricting personal freedom in the service of protecting the public health. Like everything, of course, the devil is in the details. To me, the guiding principle is that your right to swing your fist ends where my nose begins. 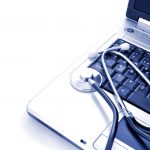 What this medical student learned as a legal extern 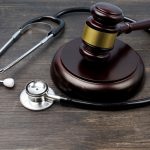