“It is high time for us to recognize that the physicians who spend so much of their lives caring for us are often suffering in silence, and effective interventions would be good medicine for all of us.”
– Joan M. Anzia, MD

It was Super Bowl Sunday, and the Colts were playing the Bears. My wife Charlene and I were home, and before the game started, I went upstairs to my den to check my work-related emails. One email caught my eye. It was a routine email from my then-boss, who wanted an update on various projects I was working on.

My reaction to the email was anything but routine. First, a profound feeling of anxiety overcame me. This was quickly followed by what I can only describe as a total inability to formulate an answer, any answer, to this simple request for information. I gave up trying and went back downstairs.

Char had all the usual Super Bowl foods prepared, but I could barely eat. I had little interest in the game and could not even fake any enthusiasm for watching it. Char was a bit peeved with me — considering the work she had put into preparing everything — but I did not care.

I excused myself, went to the bathroom, and ingested a large quantity of anti-anxiety medication my primary doctor had prescribed several days before. I laid down on our bed and tried to fall asleep, hoping and believing that I would not ever wake up. Thankfully, I was wrong.

I was fortunate. My suicide attempt failed. Over time, and with a great deal of help from both my family and my psychiatrist, I made my way out of the deep, dark abyss of profound depression I had been in. Winston Churchill, who suffered from depression most of his life, referred to it as the “black dog” of depression. I am happy to say that the black dog has not nipped at my heels in many years now.

Not long ago, I was discussing this with a colleague who has a background in psychiatric nursing. She asked me what I was thinking when I took that large handful of pills. No one had ever asked me that before, nor had I ever thought about. I was thinking that taking my own life seemed to be the best response — the only response — to relieve my suffering. I was not thinking about the consequences to my wife, our family, my colleagues, and teammates. I was solely focused on stopping my personal pain. This seems absurd now, but at the time, it made perfect sense.

I share this story because I am compelled to. As physicians, we must acknowledge our vulnerability to both clinical depression and suicidal ideation. We must continue the hard work of facing this challenge in ourselves and our profession. Please, learn from my experience.

The professional demands of modern medical practice are many and well-documented. They include:

These professional demands have personal consequences to individual physicians, such as stress, job dissatisfaction, burnout, and clinical depression, which itself is often considered to be a sign of weakness.

While physicians get the same diseases as everyone else, the prevailing culture of medicine imposes upon physicians the need to appear strong and resilient. This delays the diagnosis and treatment of depression in physicians. Because of perceived consequences such as even when depression is recognized by physicians themselves, they are frequently reluctant to seek treatment.

Physician suicide is the most serious outcome of undiagnosed or untreated depression. It is estimated that there are 300-400 physician suicides in the United States annually, or approximately one per day. The impact of physician suicide upon family members and colleagues is obviously profound. It’s also worth noting that the typical physician has about 2,300 patients under his or her care. That means that about one million Americans will lose a physician to suicide this year.

What can be done to break the deadly silence that surrounds physician depression and suicide? Physicians can begin by asking themselves two questions.

Though my own answer to both questions is yes, my story has a happy ending. Had I been successful in my suicide attempt 12 years ago, I would have never met my four wonderful grandsons.

But the story ends too soon for 400 physicians every year in the U.S.

As physicians, we owe it to each other to be especially vigilant for signs of potential suicide in ourselves and our colleagues, especially young physicians in training. Burnout can be a precursor to suicidal ideation, so please make yourself aware of the signs and symptoms of burnout, which affects about 70 percent of physicians.

If you or someone you care about is considering suicide, please call the National Suicide Prevention Lifeline at 1-800-273-TALK.

Craig M. Slater is a physician surveyor, the Joint Commission. 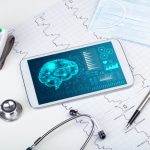 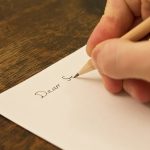 The deadly silence of physician depression and suicide
4 comments