It was a common enough reason for someone to have a CT scan. The order read, “Abdominal pain, colon cancer resected in January.” It was now March, only two months post-surgery. Yet the patient’s CT scan showed a number of large masses in the liver, consistent with metastatic cancer.

I compared the current study to the CT performed before surgery. The liver had looked perfectly normal at that time.

“That’s an amazingly aggressive tumor,” I thought to myself. The patient would have been told after the first scan that a colon tumor was confirmed, and that it would need to be removed, but that there was no sign of spread to other organs or lymph nodes. It was at an earlier stage then, with a greater chance of cure. Now it was a stage IV out of IV, having metastasized to multiple spots in the liver. There would be treatment options, some not particularly pleasant, but a much lower chance of a true cure.

Still amazed at the change between the two studies, I checked the dates on the scans and realized something: There had been a delay in undergoing surgery. The first scan, with the colon tumor and normal liver, was from mid-November. The patient did not have surgery until early January. Almost two months had passed between diagnosis and surgical excision. Two months for that cancer to have spread from the colon to the liver, making the disease incurable for this patient.

Surgery would have surely been recommended when the cancer was diagnosed; why would anyone wait that long to have a cancer removed? The reasons may vary. This patient had insurance, so the delay was likely not financial. Some cancers, like low-grade thyroid or non-melanoma skin cancers, might not require the urgency that a higher grade, more aggressive tumor might, such as many colon, lung, breast, or pancreatic cancers, as examples. Looking at the calendar dates, however, I feared that the answer was a bit simpler, confirmed after speaking with the oncologist. This patient got diagnosed in November but opted to delay treatment until January, choosing to enjoy the Christmas holidays and deal with medical reality after the turn of the New Year.

On one level, I get it. Any holiday season, religious or secular, may have its traditions and festivities that we relish. People may look forward to the personal, communal, and spiritual rituals of a season that help give our lives meaning and perspective. If it is not a holiday celebration, it might be an event that an individual or family has been anticipating, such as a wedding, a graduation, a milestone birthday, or a big vacation. There is never a good time to get sick, or to have surgery. An operation would surely interrupt and detract from a time that would normally be happier and livelier.

This case may remind us that we do not always get what we want or expect, of course — yet sometimes in those circumstances, we might do ourselves a favor to remember that we are still given opportunities that other less fortunate people may not have. Conditions are seldom perfect, and life sometimes hands us something we most definitely do not want. Yet, we do not have to like doing what is in our best interest. If we have an option that may allow for a more favorable outcome than others in the same situation might have had, in other times, places, or circumstances, it may be wise to consider accepting the offer available in a timely fashion, rather than postponing treatment and taking a chance on fate.

This particular patient chose to put this cancer surgery off until after the December holiday season. Yet by doing so, and giving the cancer more time to spread, the patient will probably enjoy fewer holiday seasons going forward. We will never know; maybe the tumor would have spread quickly regardless, or had already metastasized microscopically, and just needed time to grow and become visible by medical imaging. What we do know is that waiting two months certainly did not help.

Whether medical, financial, or of another vein: If one is unsure what action should be taken in an important situation, it makes sense to consider options and not to act in haste. On the other hand, if the decision is as clear as it may reasonably get, delaying a necessary action may be mighty costly indeed.

Cullen Ruff is a radiologist. This article was originally published in XRAYVSN. 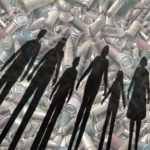 Life hacks from a 9-month-old infant 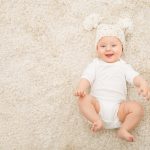