Breastfeeding provides ideal food for the healthy growth and development of infants; it is also an integral part of the reproductive process with important implications for the health of mothers. Breastfeeding has numerous health benefits for both the mother and infant. Breast milk contains all the nutrients infants need in the first six months of life. Breastfeeding protects against diarrhea and common childhood illnesses such as pneumonia and may also have long-term health benefits for the mother and child, such as reducing the risk of overweight and obesity in childhood and adolescence.

A new study from the Institute for Health Metrics and Evaluation (IHME) at the University of Washington’s School of Medicine showed that only three African countries (Guinea-Bissau, Rwanda, and São Tomé and Príncipe) are expected to meet the global target for exclusive breastfeeding.

However, researchers note that several nations, including Burundi, Rwanda, and parts of Ethiopia, Uganda, and Zambia were among the highest rates of exclusive breastfeeding levels in 2000 and 2017. Sudan had some of the “highest and most consistent rates of increase” toward the exclusive breastfeeding goal of the World Health Organization (WHO) — prevalence by 2025 of at least 50 percent nationwide. The Global Burden of Disease, the annual comprehensive health study, attributed 169,000 child deaths to lack of breastfeeding in 2017, more than half of them in sub-Saharan Africa. Moreover, according to the WHO, increasing breastfeeding to near-universal levels could save more than 800,000 lives every year, the majority being children under six months.

The paper examines breastfeeding prevalence down to the level of individual districts and municipalities and compares progress among 49 African nations. The paper is accompanied by an interactive visualization tool that allows users to compare the prevalence of exclusive breastfeeding within and across countries, look at the rate of change over time and see the probability of meeting WHO’s goal by 2025.

“Breastfeeding is an unparalleled source of nutrition for newborns and infants, no matter where they are born. If we are serious about ensuring that every infant is offered a healthy start in life, we need to know who isn’t being reached with the support they need to breastfeed,” said Dr. Ellen Piwoz of the Bill & Melinda Gates Foundation.

While breastfeeding is a natural act, it is also a learned behavior. An extensive body of research has demonstrated that mothers and other caregivers require active support for establishing and sustaining appropriate breastfeeding practices. To enable mothers to establish and sustain exclusive breastfeeding for six months, the World Health Organization (WHO) and the United Nations Children’s Fund (UNICEF) recommend:

This year, WHO is working with UNICEF and partners to promote the importance of family-friendly policies to enable breastfeeding and help parents nurture and bond with their children in early life. This includes enacting paid maternity leave for a minimum of 18 weeks and paid paternity leave to encourage shared responsibility of caring for their children on an equal basis. Mothers also need access to a parent-friendly workplace to protect and support their ability to continue breastfeeding upon return to work by having access to breastfeeding breaks, a safe, private, and hygienic space for expressing and storing breastmilk, and affordable childcare.

Why millennials in medicine want a different dress code 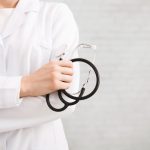 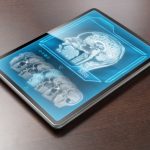