Jill Ladkin was already having a terrible autumn. It began with a seizure that put her in the hospital with what seemed like scores of unfamiliar physicians attending to her state of health. The brain scan revealed a mass in the lining of her brain, a location usually signifying a benign tumor; but, given her seizure, the tumor was hardly what you would call a harmless growth. The surgeon had a theory of what was going on; the neurologist had a different theory. The resident, a trainee, was not even convinced that Ladkin’s seizure was a consequence of the tumor. But Ladkin’s primary care physician soon clarified the situation, telling the resident to stop speculating about some non-tumor potentially causing her seizures. “Occam’s razor,” he said, reminding the resident to never look for a second diagnosis when one diagnosis suffices. “She has a f#@$%’g brain tumor.”

That is the kind of doctor he was. Her primary care physician did not content himself with only her primary care needs, like checking her cholesterol and making sure she got her annual flu shot. Nor did he defer to specialists when she got seriously ill. Instead, he got right down into the thick of the details. There in the hospital, he settled by Ladkin’s side and helped her figure out what to do about her tumor. He looked over her scans, pulling up medical articles about seizure-causing meningiomas. Ladkin was used to such attention; he had been her primary care doctor for 15 years, never once making her feel like he did not have all day to address her needs. They debated the pros and cons of her treatment alternatives and settled on a course of therapy – surgery followed by radiation. He said he would follow up with her in his clinic, once she had recovered from the surgery.

That is when Ladkin’s autumn got even worse. After she left the hospital, she called into the office to confirm a follow-up appointment with her primary care doctor and learned that he no longer worked at that office. He disappeared, retiring from medical practice for reasons Ladkin never discovered.

In the middle of treatment for a brain tumor, she had to find herself a new physician, discovering just how difficult it can be for people in the United States to get timely access to primary care.

Access. It is one of the “triple aims” that health policy experts evaluate when studying health care systems, alongside cost and quality. A well-designed health care system should provide people with ready access to medical care when they need it, care that is of high quality at an affordable cost. If you want to brag about your country’s health care system, you should be able to point to how easy it is for people to access medical care. Sadly, the U.S. has never had much to brag about when it comes to access. We lead the developed world in the percent of people without health care insurance. Even worse, as Ladkin learned, having insurance is not the same as having ready access to medical care.

Not long after calling the primary care office, Ladkin received a letter from her insurance company informing her that her doctor would “no longer be in your Blue Choice network starting 2-15-2016.” (The letter was dated 2-25 and arrived 2-27). The letter went on to note that if her previous primary care physician had made any sub-specialty referrals, those would no longer be valid. “Tell us the name of the doctor you choose within 30 days,” the letter continued. “If you do not choose a new doctor, we will choose one for you.”

Ladkin knew that she better get to work. So she looked at the list of in-network primary care physicians that her insurance plan had sent, only to discover that the list was disturbingly out of date. Undaunted, she called the internal medicine practice where her physician worked. “Do you have other internists who could take me on as a patient?” she asked. She was told that no official primary care assignment could be made until they had an appointment with one of the alternative providers, none of whom could see her for at least 30 days, the time at which the insurance company said it would assign her a new primary care physician at another location.

She continued to scramble for information. “Is there another doctor joining the practice who will replace my previous physician?”  No. “Will someone at your office renew prescriptions I’ve been receiving from my primary care physician?” Yes, but only for two months. Ladkin hung up the phone and called a dozen physician offices, looking for a doctor willing to assume her care. “The insurance company list of available providers was basically useless. The providers either were not available – were not taking new patients – or they were not even primary care physicians.” She was zero for 12: “I felt very fragile, like I was going on dates and being rejected.”

If you are not yet established in a primary care practice in the U.S., you better get started now. Because even if you develop a relatively urgent need for medical care, you could have a very difficult time finding a physician who will see you in a timely manner. Finding a primary care physician can be difficult for a whole host of reasons. For starters, some people in the U.S. do not have health care insurance — they might live in a state that didn’t expand Medicaid, for example, because the government did not want to be seen as supporting Obamacare; or they might be undocumented immigrants who do not qualify for government-subsidized insurance; or they might have decided to pay a tax penalty rather than purchase health care insurance. It is hard to get an appointment with a physician if you cannot pay for her services.

But some people have a hard time finding a primary care physician even when they have insurance. That’s certainly what Simon Haeder from West Virginia University discovered when he and colleagues conducted a secret shopper study in California. Haeder was concerned that people buying health care insurance through the Obamacare exchanges might face a particularly difficult time getting medical appointments, because so many exchange plans use narrow networks of providers to keep costs down. (A narrow network plan has a relatively small number of local providers who take that insurance plan as full or near-full payment for their services.)

Haeder discovered that people with Obamacare plans were just as successful making appointments as people with more traditional insurance plans. Let me rephrase that. People on the Obamacare exchanges were just as unsuccessful as people with traditional insurance – 70 percent of the time, Haeder’s secret shoppers were unable to get an appointment to see a primary care physician. Even when they told the appointment clerks that they had symptoms that suggested the need for urgent evaluation, complaints like heavy menstrual bleeding or high fever. Worse yet, when Haeder’s team could not get timely appointments, they often were not told to seek care elsewhere, such as at minute clinics or urgent care centers.

Why is it so difficult for Americans to make doctors’ appointments?

For starters, physician directories are often inaccurate. In 10 percent of Haeder’s secret shopping efforts, physicians were not at the office locations or phone numbers listed in the directories provided by the insurance companies. In another 30 percent, the directories misstated the physician’s specialty. Women calling what they have been told are family medicine offices should not find themselves talking to ENT clerks about heavy menstrual bleeding.

To make matters worse, if you find a physician correctly listed in your insurance company’s directory, and one who actually accepts your insurance plan, you might discover that she is not taking new patients or does not have an opening for a new patient for another six months.

Before you complain about too many Americans going to urgent care centers or emergency rooms for non-emergent problems, remember that, if people are not already established with primary care physicians, they might have real trouble getting timely care for important problems.

Ladkin finally struck upon a solution to her primary care problem. While she called yet another physician’s office, she spoke with an appointment clerk who told her that the doctor was not seeing new patients. Ladkin began crying. The clerk tried to soothe her, but Ladkin pleaded: “I have a brain tumor,” she said, “can you help?” The clerk put her on hold. A few minutes later, she told Ladkin that the doctor would squeeze her in that week.

It should not take a crying jag for an American to get a timely medical appointment.

The problem of physicians and nurses connecting patients with hospital fundraisers 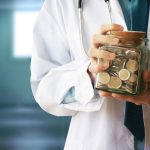 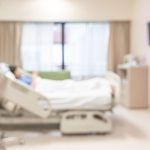 Why is it so difficult for Americans to make doctors’ appointments?
13 comments