When the paramedic calls in and says “transporting non-emergent …” I think of this wonderful story.

I was once “deposed” by the state medical board to speak on behalf of a friend who had been charged with “unprofessional behavior,” because he missed an abnormal lab that resulted in a patient having unforeseen (but non-lethal) complications. It was really a systems issue, but somebody thought my friend needed to be made an example of or something.

As I’m sitting there, an attorney says “Dr. Leap, we all know that when a patient comes by ambulance, that they’re always seriously ill …”

“Let me address that sir, that simply isn’t true.”

“Well, of course it is,” says he. “Patients use ambulances because they’re very sick or injured!”

“Nope. I mean, some do. But lots use it as a kind of taxi, or to get a ride across town, or because it’s more exciting. They frequently aren’t sick or injured at all; they may use even call the ambulance from the waiting room, just to try to get ahead of the line.”

He was bumfuzzled. But it wasn’t his fault. This is the popular image of what EMS does. And paramedics and EMTs do amazing work with the seriously ill and injured. But they’re are, also, constantly bombarded with calls that aren’t emergencies. With trips in the middle of the night for “stuffy nose for three days,” or “I have an appointment with my orthopedist in the morning but it hurts more now,” or “I saw a spider, and I have a red spot on my leg now.”

Vital resources, exhausted workers, dragged out all day and all night because nobody is willing to allow them to call in and say”‘Dr. Leap, can we tell them no?” Hospital systems, EMS system owners, they want to send the bill. And in our poisonous age of political correctness, we can’t imagine deciding “you just aren’t having an emergency. Take tylenol and go to bed.” To suggest you don’t believe someone? That may be the worst sin a post-modern can commit; especially a post-modern physician, nurse, or paramedic.

We spend vast amounts of money and time, send endless unpaid bills, and burn out countless good EMS workers with this madness.

And if anything is a stunning example of why universal care in America would be a disaster, this is it. “Free ambulance rides and free care? I’m calling 911 whenever I want!”

Non-emergent? A burden on an already overburdened system.

The tension between learning and the illness of others 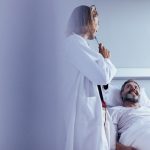 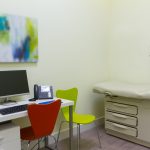 Not all ambulance rides are emergent
2 comments