As physicians, we face the formidable task of working with patients who appear angry, never content with care or “made better” by anything we do. They may be known as “difficult,” unpleasant, or demanding. These patients are the most challenging and often the least rewarding to care for. But does it have to be that way?

A number of years ago at my first post-residency job in an urban safety-net primary care clinic I met G. He was a sinewy man in his mid-forties from one of Boston’s rougher neighborhoods – “Southie,” or Charlestown, I don’t recall. He alluded to a “bad childhood” and “not being good in school,” he never finished high school, “I’m not too smart,” he told me. His demeanor was gruff, he frequently seemed on edge and tended to respond in clipped monotone. He had “a record,” he told me at one point. He was often brusque and ill-tempered with the check-in staff as if the journey to the clinic, through the hospital had been fraught with peril. Everyone felt on guard when he came to appointments.

G had worked as a house painter for years until a fall off a ladder. He liked the work and missed it. He had no benefits or health insurance at the time of the accident, and when I met him, he had been unemployed for a few years. G was prescribed both a long and short-acting opioid for his chronic pain, and he periodically became confused by the two. I explained to him, “Your morphine is like a base coat, and your oxycodone is the touch up or trim color.” That worked. He made it clear, often, that he was “only here for my pain medications.” He didn’t want examinations, cholesterol checks or even blood pressures done, and the cuff bothered his arm.

G was adamant about not seeing male clinicians, he would not even see my cross coverage for a sore throat. Our office respected this and worked around it. About a year after I first met him, G developed weight loss, rectal bleeding and anemia. He appeared more gaunt than usual. He adamantly declined a colonoscopy. I told him I was worried that he might have cancer, he replied, “Yeah.” So back and forth we went. He would not even accept a referral to a female gastroenterology colleague.

Finally, I asked him – had something happened in the past to make him avoid this potentially life-saving exam? And then he told me. He’d been “hurt” as a child, and that made him fight. After he wound up in prison, he was gang-raped by a group of men. He can’t ever be touched there. And no, he would not accept a referral to a “shrink,” “so don’t even ask.”

Trauma is common in human experience, health care personnel and systems must be cognizant of its impact on past, present, and future health. Adverse childhood experiences (ACEs), have a particularly deleterious impact on long-term health. Those with more ACEs have increased risk for smoking, obesity, depressed mood, and chronic pain, there is a dose-response relationship between the number of ACEs and ischemic heart disease, cancer, chronic lung and poor overall self-rated health independent of other traditional risk factors for these conditions. ACEs exposure is prevalent among incarcerated persons, according to figures from the National Institute of Justice, abuse or neglect in childhood raised the chances of juvenile arrest by 59 percent. The likelihood of criminal behavior in adulthood increased by 28 percent and violent crime by 30 percent.

G continued to refuse studies and referrals. We were slowly able to talk — not about the fine details of his hard life, or his assault in prison — but more about how those experiences, “bad things” were causing health problems for him now, including his reluctance to have physical exams. At one point, we talked about prison and how, in a sense, “those men” were still hurting and violating him through his avoidance of needed medical care. This was a revelation for him; he was then able to see that getting care was a victory and actually liberating. With careful planning, a heads up to my GI colleagues, premedication and a visit to the endoscopy suite before the procedure, G. was able to have his study.

Understanding this hardened, angry man and standing by him through this process was incredibly rewarding, I shared in his triumph and have never forgotten this case. Trauma-informed care (TIC) promotes healing, by understanding that medical care can be retraumatizing and that patients’ trauma histories inform present behaviors and treatment decisions

TIC asks not “What is the matter with you?” but rather, “What has happened to you?” It recognizes the inherent potential well-meaning modern medical care has with its hurried encounters and a constant hum of performance metrics to retraumatize, to dismiss, to invalidate. TIC can be as simple as avoiding loud noises, asking permission even for the most routine of physical exams, avoiding the use of language like “bed” and “sheet” or “open your mouth for me.” Given the lack of time in medically encounters developing a routine for medical visits and procedures can prevent the distress re- patients like G often experience.

TIC also challenges us to consider what underlies or drives “difficult” behavior; fear often resides underneath anger, that “difficult patient” may be in self-protection mode. TIC as a person-centered approach holds great promise for promoting health and healing and is especially critical for populations at high risk for traumatic exposure, as trauma and its impact are not equally distributed in society. As such, an aspirational goal of TIC is to promote health equity and reduce health disparities. At a minimum, application of TIC can build trust and a sense of self-efficacy. In health care, we have the unique opportunity to witness and assist in this process of growth and recovery. It can bring meaning and healing back to medical encounters where they have been missing. 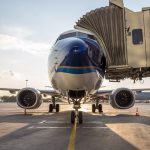 A physician's call to action from Sudan 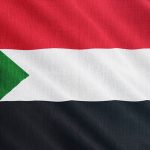