I excel at intellectualization. It is a fickle defense mechanism, allowing the observer to fully comprehend the situation in front of them without fully engaging in the emotional context. Throughout my medical training, intellectualization has aided me at many patient bedsides and through emotionally charged family conferences. I am reminded of many moments on neurology wards when a patient’s emotionally charged question was reinterpreted and deflected through a purely intellectual and biologic lens. The disease process was stripped of its emotional and societal resonance and presented as a simple fact of life. My habit towards intellectualization even followed me into psychiatry, a field that fully embraces the nuances and significance of human emotion. It is much easier to intellectualize a difficult patient encounter with the Diagnostic and Statistical Manual of Mental Disorders (DSM) qualifiers or neuronal processes than it is to simply exist in a difficult moment and let in the anxiety and fear that often accompany it.

Even this introduction to my experiences at Butabika Psychiatric Hospital is an intellectualization. It is my attempt to analyze and appreciate the defense mechanism that served me so well and yet has likely met its match. The human suffering that I recently witnessed has affected me greatly. Before arriving in Uganda, I imagined rough caricatures of what I may expect. Having been pre-warned that conditions in inpatient psychiatry are below what one would find in the United States, images of classic asylums immediately came to mind.

My conception of such places comes intellectually from history books or visually and culturally from films such as One Flew Over the Cuckoo’s Nest. Even given the challenging environment I imagined, I was unprepared for the visceral nature of my experience. Butabika is located about thirty minutes from the center of Kampala, Uganda. It is situated on a lush hill overlooking the tranquil countryside. The peaceful quality of the environment is perhaps a prerequisite given the scenes that often occur within its walls. Each psychiatric ward is a separate one-story building spread generously across the sprawling facility. Psychiatric patients are divided into child-adolescent, forensic, addictions, acute care, sick care, and convalescent (stable) care categories. The general physical upkeep and atmosphere of each ward varies dramatically. The acute male ward is my worst fears brought to life before my eyes.

The entrance gate is manned by a psychiatric patient dressed in the simple blue-green patient garb, letting his fellow patients enter or leave based on what appears to be whim. Within the walls, patients meander about in states of extreme psychosis and mania without any real attempt to intervene in case of conflict. Sanitation appears as an afterthought, causing the smell of human suffering to be fully entrenched in my emotional memory. Due to the limited security structure, walking around the grounds of Butabika means constantly running into patients in the acute throws of psychosis walking aimlessly around the grounds as though in a perpetual daze. The resulting impression is one of extreme despair and powerlessness. Due to resource constraints, the medications provided to such patients are restricted to first-generation antipsychotics that produce a wide variety of symptoms including repetitive motions of the limbs or face, drooling, and extreme sedation and lethargy.

Compounding this is the extreme lack of social work or societal supports available to the patients here. Patients are often dropped off by family members in acute states of psychiatric illness and simply left to become wards of the state. Quantitative medical tests like thyroid levels, lithium levels, or computerized tomography (CT scans) are provided only if the patient can directly pay. Given that patients with mental illness are statistically likely to be less educated and more impoverished, this reality is criminally disheartening. In contrast to the patient-centered care preached in the United States, encounters at Butabika have often felt like paternalism come alive. Ward rounds can sometimes feel closer to tribunals in which medical decisions are decided and read aloud without direct patient involvement.

Amidst this environment, I have felt true despair of the variety that I cannot easily intellectualize away. I struggle to understand a system that, due to its resource constraints, treats patients in a manner to which I am simply not accustomed. My discomfort participating in psychiatric care at Butabika is immense and yet I wonder if my own standards are too unreasonable given the constraints on-the-ground. Am I justified in my fear and discomfort or am I simply “othering” another system? I have been questioning my emotions and feelings since beginning my time on Butabika’s grounds but have yet to find an answer. Yet maybe that questioning and understanding is unnecessary. By explaining away my feelings and concerns, am I simply looking for a way to intellectualize my anxiety? I am left with the hope that one day I will make meaning from my inpatient experiences in Uganda. Until that time, I will simply sit with the discomfort that I now feel.

Brian Rosen is a medical student. This article originally appeared in the UVM Larner College of Medicine Blog. 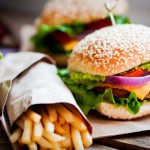 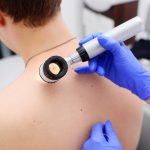