Here is some news about cancer that isn’t widely known and is hiding in plain sight: Deaths from melanoma — a skin cancer that has lethal potential — have declined dramatically over the past several years. And while that fact alone is surprising, so is the reason behind the drop.

Let’s make something clear at the outset: too many people die from melanoma. It is not the most common skin cancer (the American Cancer Society estimates 96,480 people in the United States will be diagnosed with melanoma in 2019, and 7,230 will die from it), but it is much more likely to spread and lead to death than most other much more common forms of skin cancer. And it has too frequently been a fatal disease.

That is now beginning to change, thanks in part to public awareness and earlier diagnosis. However, we can’t ignore what may be the most important factor: much better treatments. In fact, improvement in treatments with targeted drugs and immunotherapies have now begun to have a considerable impact saving lives for those with advanced melanoma.

Let’s talk some numbers that come from the National Cancer Institute’s SEER program:

Now let’s take a moment to look at it a different way using straightforward numbers:

In 2012, the American Cancer Society researchers predicted that 9180 people would die from melanoma. In 2019, we have predicted that this year 7230 deaths will occur. And that is despite an increasing, aging population in the United States — both factors which normally would lead to an increase in melanoma deaths. (It is important to note that raw numbers aren’t as accurate as rates, which better reflect true progress. However, that makes the decrease in the number of deaths even more remarkable.)

While the drop in melanoma deaths in whites is substantial, in blacks it is what some people would call “off the charts.” These kinds of numbers just don’t happen often in cancer care. If that percentage decline continues (which is uncertain), it basically means that death rates from melanoma in whites could be cut in half by about 2022, and in blacks much more quickly than that.

Why is the decline so much greater in blacks than whites? Although blacks develop melanoma much less frequently than whites, melanomas that are diagnosed are frequently much more serious. This is probably due to several factors, including the location/types of melanoma that develop in blacks (under the finger and toenails, on the palms of the feet for example) and because these cancers are usually diagnosed at a later stage –not infrequently due to the failure of clinicians to recognize the melanoma, or because the patient lacks access to health care.

The consequence of these delays means more advanced disease, but with advanced disease, ironically, comes a “bigger” opportunity to have a lifesaving response. That may explain why these new treatment advances have had a larger impact on outcomes in African Americans.

We know new therapies — which have only been around since the early part of this decade — improved the outlook for those with advanced melanoma. However, I for one — and I suspect many others, even experts in the field — didn’t realize the extent of the impact those treatments have had on this dread disease. And that’s notwithstanding recently published research reports that show patients treated with two immunotherapy drugs simultaneously have had much better survival rates over several years of treatment than had previously been seen.

There is one caution that we must note here: This progress does not come without a cost, especially considering the potentially serious side effects of these treatments — including a small percentage of people who die from the side effects of the therapy. And then there is the actual financial cost/burden of these treatments: the drugs alone can run into the hundreds of thousands of dollars a year. Some people — especially those without health insurance and many older Americans — simply can’t afford these therapies. (We should also note that the pharmaceutical companies have set up programs to provide the therapies to those in genuine need. The American Cancer Society can help guide you to those resources.)

This blog has recently written about the 27% decline in cancer death rates from 1991 to 2016. Recently, we wrote about the American Cancer Society’s goals to reduce deaths from cancer by 40% by 2035. However, what has been missing from those discussions are the impacts that new technologies and treatments will have on cancer deaths going forward.

Now we have a glimpse of the future: new treatments are making a significant difference in melanoma over a short time, and I suspect the future is going to show even more improvement as we see the results of even newer approaches to treating melanoma, including new adjuvant therapies (to prevent recurrence of high-risk primary disease) and the application of multiple drugs as a routine approach to treat advanced disease. And of course, there are also going to be newer treatments that we haven’t even seen yet.

It is also important to point out that this success is not limited to one event or one approach. It is a combination of efforts by many researchers, scientists and organizations including the American Cancer Society, which is proud to have supported researchers who have obviously made a difference. It is about improved public awareness leading to earlier intervention and diagnosis. It is about state restrictions to limit access to tanning beds for those under the age of 18 and the fact that those regulations are decreasing tanning bed use especially among young white women, where the incidence of melanoma is declining as previously reported by the Centers for Disease Control and Prevention. It is about researchers investing their careers in developing new treatments, including the very successful immunotherapy and targeted therapy strategies that are saving lives.

It is all the above, and more. And that is the message I hope we take to heart: when we put our minds and resources behind a problem, we can achieve success. We should be proud of that success, and we should recognize that we still have a long way to go.

As I write this, I can share that ten years ago, we did not have any of these new treatments. The treatments we did have had not changed much over decades. Ten years later, we will save the lives every day of more patients with advanced melanoma.

My prayer is that this is not an isolated event. I have always believed we can and will do better when it comes to cancer care. Declining deaths from melanoma is, I hope, just one success that will be replicated many times over for years to come.

A psychiatric hospital in Uganda: a medical student's reflection 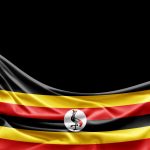 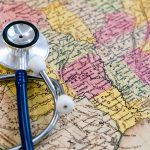