I recently graduated from residency and fellowship. The last week in-house was a second adolescence. My moods have been up and down. I’d giddily return a parking pass, then surrender IT access in tears. No one could feel this — my — moment as deeply, specifically, or correctly as I could. What word is there for that? There’s song.

Influenced by the new film Yesterday, I melodramatically equated my break-up with the bedside to that of the Beatles. Those guys never put a name on their grief, either, only in their songs. They weren’t happy, sad, angry, relieved, grateful, but them all at once. Their feelings about ending don’t go down as easy as “and in the end, the love you take is equal to the love you make.” Paul McCartney compared it to an army sent home singing Sammy Fain’s “Wedding Bells (Are Breaking Up That Old Gang of Mine).” As John Lennon spun the same sentiment, remixing himself with Little Richard’s “Tutti Frutti,” “And now my life has changed in oh so many ways, a womp-bomp-a-loom-bomp, she-bop bam boom.”

In The Beatles Anthology (1996), each Beatle captured a range of emotions about intimate group work in intense conditions. They offered advice about teamwork and self-care. What they describe resonates with my experiences of clinical chaos as a resident and fellow. For copyright reasons, the documentary is hard to find online. I took quotes from Goodreads.com.

To begin each excerpt, I summarize what they said with a principle of dialectical behavioral therapy, which is popular among doctors I know and may never have caught on without the Beatles’ earlier popularization of Eastern philosophy. Then, after each excerpt, I prescribe a playlist of songs that narrate emotions residents all experience in themselves or patients on shifts. Not all are happy or lovey-dovey, and few are my personal favorites, but such is residency. Such is life.

“I do get emotional when I think back about those times. My make-up is emotional. I’m an emotional human being. I’m very sensitive, and it took me till I was 48 t to realize that was the problem!”

2. Be mindful of your emotions and physical reactions (George Harrison)

“George would perhaps be in his Ferrari — he was quite a fast driver — and John and I would be following in his big Rolls Royce or the Princess. John had a mike in the Rolls with a loudspeaker outside, and he’d be shouting to George in the front: ‘It is foolish to resist, it is foolish to resist! Pull over!’ It was insane. All the lights would go on in the houses as we went past—it must have freaked everybody out.”

Maureen Miller is a transfusion medicine pathologist and epidemiologist. 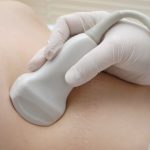