Eli Lilly and Co. recently announced with some fanfare that it was manufacturing a generic version of its own best-selling insulin brand, Humalog, which it would sell for half off — $137.35 versus about $275.

David Ricks, the chief executive of Lilly, said the company was making this seemingly beneficent gesture because “many patients are struggling to afford their insulin.”

But they’re struggling, in large part, because since 2001 Lilly has raised the price of a vial of Humalog to about $275, from $35. Other insulin makers have raised prices similarly.

In Germany, the list price of a vial of Humalog is about $55 — or $45 if you buy five at a time — and that includes some taxes and markup fees. Why not just reduce the price in the United States to address said suffering?

Instead, Lilly decided to come out with a new offering, a so-called authorized generic. This type of product is made by or under an agreement from the brand manufacturer. The medicines are exactly the same as the brand-name drug — often made in the same factory with the same equipment to the same formula. Only the name and the packaging are different.

It is, perhaps, a sign of how desperate Americans are for something — anything — to counteract the escalating price of drugs that Lilly’s move was greeted with praise rather than a collective “Huh?”

Imagine if Apple sold a $500 iPhone for $250 if it was called, say, a yPhone, and simply lacked the elaborate white box and the little Apple logo on the back. That would be patently absurd. An iPhone in a brown paper bag is still an iPhone. And Humalog with a new name isn’t a generic — except according to the bizarre logic of the pharmaceutical industry. Like so many parts of our health care system, its existence has more to do with convoluted business arrangements than health.

Generics, as traditionally understood, are copies of brand-name drugs made by competing manufacturers once the original patent protection has expired. To be approved by the Food and Drug Administration, they must have the same active chemical ingredients as the brand drug and be absorbed equally into the blood, though they could look different and contain different inactive additives.

Historically and in practice they tend also to be far cheaper, because the advent of generics often introduces robust competition into the market. That is why brand manufacturers sometimes produce an authorized generic once they lose patent protection. That way, they can compete at the lower price point, while preserving the original for those with extreme label loyalty.

More recently, authorized generics like Lilly’s stem largely from a different strategy — based on the perverse ways money flows through our health system and who keeps the cash.

Over the past 20 years, drugmakers have continuously raised the price of some essential medicines in the United States because, well, they can in a country that doesn’t set drug prices. And they do — until the bad publicity catches up with them.

Mylan got hauled before Congress in 2016 for raising the price of an EpiPen. Now it’s insulin’s turn. The other two major makers of brand-name insulin products — Novo Nordisk and Sanofi — have raised prices in lockstep with Lilly. But they are based in Europe, so the Indiana-based Lilly has been the primary focus of angry protests here.

Part of insulin’s price rise in the United States is because of the middlemen who buy the drugs on behalf of insurers and hospitals and negotiate discounts off the list price for their clients. So Lilly often doesn’t make the full $275 a vial (though, since rebates are secret, we don’t know how much less).

By selling an authorized generic, rather than merely lowering the brand’s price, Lilly is essentially doing an end run around those middlemen and giving patients who don’t purchase through an insurer another option.

It is also making sure that if and when cheaper versions of Humalog emerge, it will have an offering to compete.

In fact, a “biosimilar” version of Humalog already exists. It was introduced to the United States last year. And yet it costs around the same price as the brand-name drug. Why? It is made by Sanofi, which has no interest in starting a price war to lower costs.

Will it work? Politicians and patients will decide.

But they might well keep these two thoughts in mind: If the product being sold were electricity or gas for your car, a price rise of more than 600 percent over 15 years would be regarded as price gouging and wouldn’t be tolerated. And in Germany and many other developed countries, there is no need for a $137.35 vial of “authorized generic” for Humalog. At around $50 a vial, Humalog as Humalog costs far less. 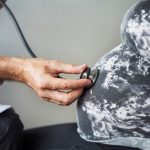 How failing Step 1 helped me pass the boards. Twice. 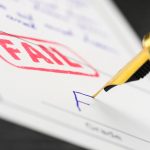