I know what kinds of things I’m supposed to tell you. I know that your other would be advisors will usually stick to the same basic messages: “Keep reaching for your dreams” or “your hard work is all worth it in the end” or “your education will lay the world at your feet.” These platitudes are all well and good, but honestly, they’re forgettable. And pretty words don’t always translate to practical advice for getting by in the real world. So instead of telling you something that’s beautiful, I’m going to tell you something that’s true. The one thing that you need to understand is that the only thing you are guaranteed to hear over and over again is the word “no.”

Now, people won’t always tell you no directly, but you’ll get the point just the same. I’ve wanted to be a pediatrician since I was five years old. It’s the only thing that I’ve ever known with certainty. I told people about my plans when I was small. “Oh, that’s cute,” my auntie said. No. “Girls want to be nurses,” my teacher said. No. I got older. I didn’t change my mind. I excelled in school but then came tenth grade and chemistry class. No.

I got into college and started my pre-med program, but chemistry came back. I struggled. Repeatedly. You have to take a lot of chemistry classes if you want to be a doctor. “You cannot ever get Cs if you want to be a doctor,” my lab instructor said. No. I went to see my organic chemistry professor after nearly failing her exam. She is a small brown woman with large brown eyes and a Cuban accent just like my grandfather’s. She smiled at me. She asked me what I wanted to be, and I told her. “I’m going to be a doctor.” She said, “No con esos notas. Nunca serás doctora aquí o en Cuba.” I would never be a doctor here or in Cuba with grades like mine. No. I dropped her class, but I had to take it again.

I finished one degree, then another, got ready to take the Medical College Admissions Test. “No one gets into medical school if they score less than 80th percentile,” my advisor said. No. I took it and scored at the 77th. No. I took it again. 74th. No. I applied anyway, and I got eight rejection letters in a row. No. Two more letters came on Christmas Eve. No. My last letter came three months later. I got in.

I got a 33 on my first biochemistry quiz in medical school. No. I got a 15 on the second. No. I got the hang of it eventually. I studied harder, and my grades got better. I got honors, eventually. People asked me what I wanted to be. “I’m going to be a pediatrician,” I said. “Well, you’ll probably change your mind after clinicals,” my colleagues said. No. “Your grades are too good for pediatrics,” my attendings said. No. I decided that I wanted to specialize in pediatric neurology. “Why?” My friend asked. “Those kids are hopeless.” No. “You can’t fix them.” No.

I finished medical school, residency, and fellowship. I have two baccalaureate degrees, a masters, and my MD. I still hear the word no every day. I am a woman, but many neurologists are men. I am black. 95 percent of physicians are not. I had cancer and then a stroke, and now I have multiple disabilities. Health care is ableist. I walk into a patient’s room in my skin, with my last name, and I am often seen as anything but the doctor. No. No. No.

Someone is going to tell you no. You can’t do it. You’re not good enough. You’re not smart enough. I challenge you to take every one of those no’s and embrace them. Use them as motivation. Know that every setback sets you back onto the path upon which you are supposed to travel. What is for you is for you. Nothing can keep you from it.

Someone is also going to come to you one day when you’re a little further along and they’re going to ask you for advice. Be as honest with them as I’ve been with you. Let them know what it is that they’re up against. And remind them to keep listening to their yes.

Bottle-feeding grandmothers vs. breastfeeding daughters: advice from a pediatrician 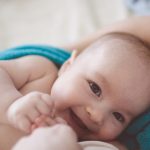 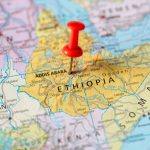 To struggling medical students: Meet the physician who conquered the “no’s”
1 comments