Since the advent of the industrial revolution, we have seen the global mean temperatures increase by 1°C (1.8°F), and significant steps must be taken by 2030 to mitigate an even larger global temperature increase of 1.5 to 3C as predicted by 2030. In other words, we are in dire need of change.

This change is not only reliant on governmental policy change but is a change that we must all make individually. Personal responsibility is key to reducing this detrimental change to our planet. From drinking less bottled water to carpooling, every personal action can play a major role in impacting our planet’s well-being.

In 2018, the American Medical Association passed a resolution to “divest from companies that get the majority of their income from fossil fuels.” This was a huge step forward for the AMA and doctors everywhere who advocate for change in the practice of medicine.

The divestiture is much larger than just moving investments away from fossil fuel companies; it also includes a pledge that states that the AMA will only do business with vendors that have environmental sustainability policies. This move shows that the AMA — and doctors across the United States — are ready to make impactful changes that can serve as a template for other industries in the fight against climate change.

The AMA took a similar stance against the tobacco industry in the early 1980s and was able to divest $1.4 million dollars from its pension fund. This separation from the tobacco industry shifted the public’s view of cigarettes, and the positive effects are still being felt today. The move that the AMA made to divest from fossil fuels will, hopefully, have similar effects.

In terms of dermatological health, there are many diseases that have seen increases that are related to climate change:

Lyme disease has tripled over the past 20 years, and this believed to be due to the increased geographic distribution of the white-tailed deer and Ixodes tick, the natural vector of the bacteria that causes Lyme disease. Dermatologists play an important role in early diagnosis of this disease due to its distinct targetoid rash pattern.

Fungal infections such as coccidioidomycosis have also seen increases in the Pacific Northwest. These fungal diseases were once only seen in the American Southwest, but have seen a surge in occurrences due to climate change creating new regions where the fungi can thrive.

Skin cancer is the most common cancer in the United States, and 1 in 5 adults will have it in their lifetime. Over the past several decades, there has been decreasing stratospheric ozone layer from chlorofluorocarbon release from aerosols, has led to increased UV exposure to human skin and increases in skin cancer. It is estimated that 1 percent loss in the ozone layer leads to an increase of 1 to 2 percent incidence of melanoma. In addition, warmer temperatures are directly correlated with people spending more time outside that leads to UV radiation exposure and further increases the risk of skin cancer.

It is no longer a political talking point or a problem for tomorrow. There are real ramifications to our actions that are being felt now. “In 2013, over 9100 scientists authored more than 2250 climate change articles with broad agreement on climate change.” There is an overwhelming consensus in the scientific community that climate change is real, and it is happening now.

These changes may seem daunting and insurmountable, but this is not the case. There are many things you can do to reduce your impact on climate change. Here are some things to consider:

The time to act is now.

Sultan H. Qiblawi is a medical student. David Fivenson is a dermatologist.

5 confessions of a medical student 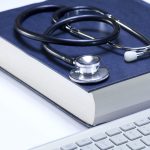 If we don’t pay now to vaccinate our children, they will pay later 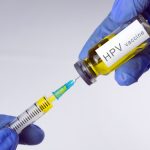