An excerpt from Mirth is God’s Medicine: Coping with Cancer as a Physician.

“As iron sharpens iron, so one person sharpens another.”
– Proverbs 27:17

In the coming weeks, after the biopsy returns positive for cancer — and after the initial shock wears off — I am trying to plan ahead, and prepare myself mentally and physically for what comes next. I am also trying to decide who needs to know about my new diagnosis.  I contemplate my circles of friends, family, colleagues. I think about it from the reverse direction: would I be offended if one of them was experiencing something similar, and held it back from me?  I have many friends that I would call my circle of trust, women I know either from church, my kid’s school, or choir.  Telling them of course was quite easy for me.

It’s work that seems more of a challenge to sort out.  I need to inform my division director, to sign off on FMLA paperwork; I am told to notify my clinic medical director to approve clinic cancellations.  Of course I tell my nurse Tony, who is my right hand man and basically runs the show when I am out of clinic — or, even, when I am there.  Beyond that, well, I am just not sure. Maybe I don’t want my colleagues to see me in this new light, as prideful as it sounds.  Instead of keeping up the image of competent physician, favorite preceptor, course director, active contributor at M&M, primary care advocate, teacher of students and residents — would that change to, oh, it’s that poor woman facing cancer.  I realize I’m worried about somehow being perceived as weak.  Irrational, I know, but a concern, nonetheless. We’re supposed to be the healers, after all, not the ones battling illness ourselves!  And I have the hardest time responding to the simplest greeting in the hallway; one of the GI docs will say, “Hey Heather!  How have you been!”  And I’ll immediately think, “Hi!  I’ve got cancer!  How are you?”

Recently, the University has been placing a lot of emphasis on mentoring.  Having been in both formal and informal mentoring relationships over the years, I have found that the informal ones seem to work best; true mentorship has to be unscripted.  It is something that naturally falls into place because of mutual shared interests, some commonalities in worldview, respect for the other person’s input, and shared experiences that truly cement the relationship.  Physical proximity also plays a huge role; you’d be surprised at how much influence having an office nearby really does have.  I’d have to say one of those informal mentors for me was Dr. Charles Moldow.

Charlie and I began having these types of interactions many years ago, probably when we were both assigned to the Gold Team and used the same computer work space for charting. I’m not even sure when exactly the relationship started, but looking back, he’s the type of physician I always aspired to be.  A true academician, equally at home teaching students or in a research lab or in high level leadership roles or seeing patients.  He’s been the Chief of Medicine at the VA, an Associate Dean for Research at the Medical School.  And unlike some in academic medicine, he did not view teaching or research as a Get Out of Jail Free Card, an excuse to shirk away from any and all patient care responsibilities.  He considered patients as not just the one arm of the “triple threat”, but really the center, and why we do everything else.

He also has a wicked sense of humor.  I appreciated that almost more than anything.  In an era when gallows humor was thought of as politically incorrect, when physicians are not allowed to vent to each other or practice a bit of self preservation because that wasn’t “patient centered”, when administrators who never see patients increasingly dictate how, what, when, where we practice, and we are just expected to go along with it hook line and sinker — well, his candor and humor and incredible insight was like a breath of fresh air.

On the lack of control over our schedules in primary care:  “A person could phone the call center, say they wanted to murder a physician, and they would respond, ‘Dr. Thompson has a 1:20 available. Does that work?’”

On the tepid mid level leadership:  “Administration could ask them to sing the Star Spangled Banner in the nude, and it would appear as agenda item #2 at the next monthly meeting.”

On the lack of organization of the small group teaching we both facilitate:  “They can’t even get the room assignments straight.  We are wandering around the entire campus like the Jews in the desert.”

On the increasing levels of regulation, bureaucracy, and pointless busywork that falls on primary care:  “I just spent half an hour doing a preop for an upper endoscopy.  Pretty soon, a patient will need a preop for a haircut.”

Charlie has helped me write grants; he’s proofread my journal articles; he has written letters of recommendations for me for teaching awards and promotion. He’s also one of the few colleagues who, when I ask him a question or seek his advice, gives an honest, unfiltered opinion, without a spin or a slant or caving in to the usual politics of academia.  The other point I’d like to mention: after a few health concerns surfaced for his lovely wife, Gay, he recommended me as her primary care doctor.  There is no higher honor than this, to have earned the trust and respect of an esteemed colleague to the point of taking care of their spouse. This might actually mean more to me than promotion and tenure.

Given all of this, I thought, well he should know; he would want to know.  Also, quite frankly, I want his perspective and to benefit from his wisdom, experience, and yes, his sense of humor.  But at this point, he’s semi-retired; he still fills in for resident clinic and student teaching but he doesn’t have a patient panel of his own.  So I have to tell him via email, not knowing exactly when I will see him next.

I start the email with “Enjoying retirement thus far?  We miss you!” and things of that nature.  Then drop the bomb:  “I’ve been diagnosed with breast cancer.  Sure is strange to walk into our clinic building as a patient, not a doctor.”

The reply, less than two hours later, is only one sentence in length, with typos. I happen to know Charlie’s a hunt-and-peck-typist; good lord, the EMR must be torture for him.

“I woild do ANYTHING for you, just ask.”  I smile.  I breathe a sigh of relief.  Then, over the coming weeks, he emails me about every three days, with his usual thoughtfulness, advice, and yes — wicked sense of humor.

Two days after the first email:  “I’m still thinking about you, and this diagnosis, the anxiety it must be causing.  I can cover your small group teaching if you need time off.”

Advice on breaking the news to my kids:  “Tell them one thing at a time.  First surgery, then the next steps.  Let them ask the questions.  They will surprise you.”  (Which they did.)

Joking about the pending genetic testing and the fact that I don’t know my biological father:  “You could be half Jewish.  Welcome to the Community!”

It’s a source of encouragement that mean so very much to me.  I am glad I swallowed my pride and let him in on the full story.   At this point, he’s only one of two colleagues at the University whom I initially disclose this information, other than a need to know basis.

As it turns out, it would have even more meaning and significance down the road …

You just finished residency. It's time to consider life insurance. 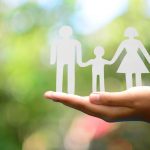 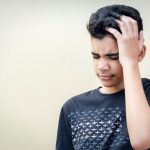 A physician diagnosed with cancer, and the importance of mentorship
4 comments